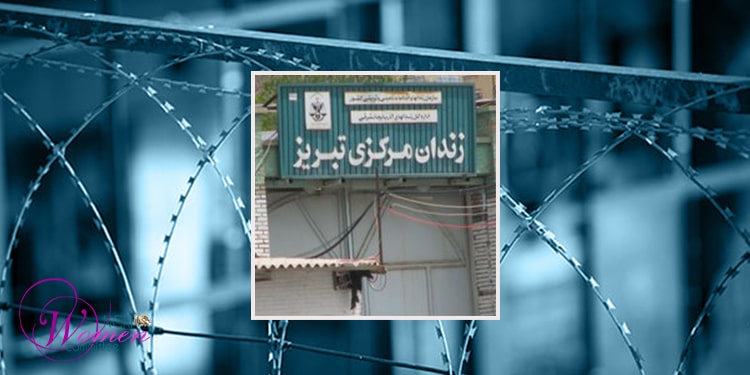 According to reports from the Central Prison of Tabriz, one of the female inmates has so far become sick with the herpes zoster. She was taken to the clinic but returned to the general ward among other prisoners, only after two days. She is presently detained alongside other prisoners.

In light of the rapid transmission of this illness, the unsanitary conditions in this overcrowded prison, there is a great likelihood that all prisoners detained in the Prison of Tabriz become infected.

At least nine of the female prisoners in Tabriz became ill with COVID-19 in the last week of September. Political prisoner Massoumeh Senobari is among the infected prisoners.

The absence of essential healthcare and the prison authorities’ refusal to quarantine the sick, have led to the increase in the number of those infected.

Coronavirus outbreak in the women’s ward of Tabriz

To prevent the spread of the virus in the women’s ward, the sick inmates are separated by only a curtain from other prisoners.

The prisoners are deprived of good food and fruit to increase their resistance against the virus. The quality of prison’s food is very low and smells bad. Prisoners do not have a stove or any possibility of cooking food.

The prison store does not sell healthy and fresh food. The quality of food items is low and their prices are very high. In one instance, they brought soup from outside the prison and sold it for 4500 tomans for each bowl of soup.

The unsanitary conditions of bathrooms and showers

The building of the Central Prison of Tabriz is very old. The bathrooms are very old and dirty. Waste water leaks on the floor of bathrooms and spreads contamination among inmates. Prisoners’ protests to this unsanitary condition has fallen on deaf ears. Prison authorities have taken no action to repair the bathrooms and showers.

Distribution of Methadone among inmates

Women widely participated in protests of teachers, doctors and nurses