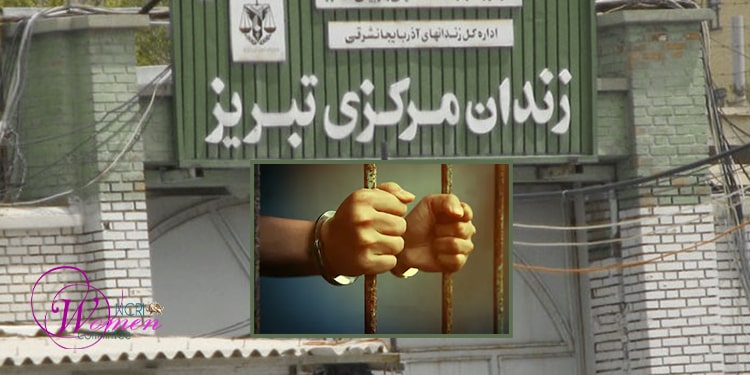 Instead of providing medical care and treatment to a 60-year old woman suffering from herpes zoster, Tabriz prison authorities make her sleep out in the yard in the cold nights of autumn.

Tabriz prison authorities initially transferred Shahin Solhjoo to the dispensary and then to solitary confinement after she contracted herpes zoster. But since prison guards were afraid of contracting the disease, they sent her back to the general ward after two days.

In yet another inhuman measure, the guards have ordered Ms. Solhjoo, 60 and in pain from herpes zoster, to sleep in the yard.

Inmates in the women’s ward of the Central Prison of Tabriz have objected to this inhuman measure. They demand Shahin Solhjoo’s transfer to a hospital since she might have contracted the COVID-19, as well. She needs to be closely watched and examined by a physician. Prison authorities say they do not have the budget to take her to hospital. Therefore, they refrain from doing so.

Shahin Solhjoo is an impoverished woman who is in prison for robbing a cellphone.

Denying treatment to sick prisoners is one of the special methods of the clerical regime to torture prisoners and impose pressure on them.

COVID-19 in the women’s ward of Tabriz Prison

News came that at least nine inmates in the women’s ward of the Central Prison of Tabriz had contracted the COVID-19 in the last week of September 2020. The absence of medical care and lack of place to quarantine the sick inmates has contributed to the spread of infection.

The only measure prison authorities have undertaken has been to separate sick prisoners from others by a curtain.

The prison’s food is very low quality and smells bad. Prisoners sick with the COVID-19 are not able to consume healthy food and fruit to gain resistance against the virus. They do not even have a stove to cook their own food. The prison’s food market also sells low quality items at high prices to the prisoners.