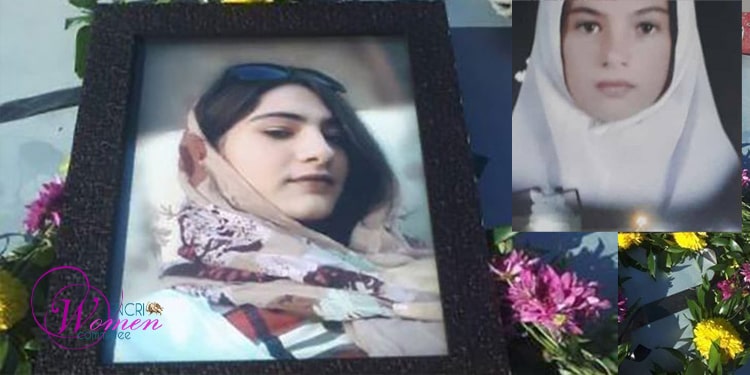 Young girl commits suicide for not having a smartphone to study

A young girl commits suicide in a small village in Urmia for not having a smartphone to continue her education.

The news of a young girl committing suicide for not having a smartphone circulated in the social media on October 20, 2020. Parastoo Jalili Azar, 13, lived in Talatappeh village near Urmia, capital of the W. Azerbaijan Province, northwestern Iran.

Her poor family did not afford to buy her a smartphone to continue her studies after the coronavirus outbreak when she had to go online to attend classes.

This was not the first instance of young children committing suicide in Iran for not affording a smartphone to attend online classes.

Seyyed Mohammad Mousavizadeh, 11, took his own life on October 12, 2020, in the city of Dair in Bushehr Province, southern Iran. His mother told news agencies: “My son did not have a good cellphone. We do not have a good life. I have a disabled child. My husband is sick and we live in a rented house. I have several children. Mohammad needed a cellphone but his did not work alright, it did not send voice or image.”

36% of Iranian students have dropped out of school because their families are poor and do not afford to have a smartphone or a tablet. (The state-run Javan newspaper, September 5, 2020)

Hossein-Ali Shahriari who chairs the Health Commission in the mullahs’ parliament, said on October 14, 2020: “60,000 of our teachers do not even have a cellphone. 3.5 million of our students do not have access to smartphones or tablets.”

Children commit suicide due to poverty

“This is not the first time that poverty has driven the children of a rich country like Iran to take their own lives and committing suicide,” wrote the state-run Hamdeli newspaper, on October 13, 2020. Hamdeli continued, “The eleven-year-old Zeinab hanged herself in Ilam in March because she did not have new clothes for the New Year. Her last wish was to buy a set of new clothes for Nowruz. In June, Armin, 11, who lived in Kermanshah’s Jafarabad district took his own life by taking pills due to hunger and poverty.”

There have been more recent examples of children committing suicide out of poverty: Rojan, 14, in Sanandaj; a 17-year-old girl in Abadan committed suicide in September 2020. Also in October, Asal, 16, in Robat-Karim; Zahra, 16, in Kangan of Bushehr; Morteza, 10, in Ilam; and Mobina, 11 in Tehran took their own lives.

These are but few examples of the depth of the humanitarian catastrophe created under the mullahs’ rule in Iran.