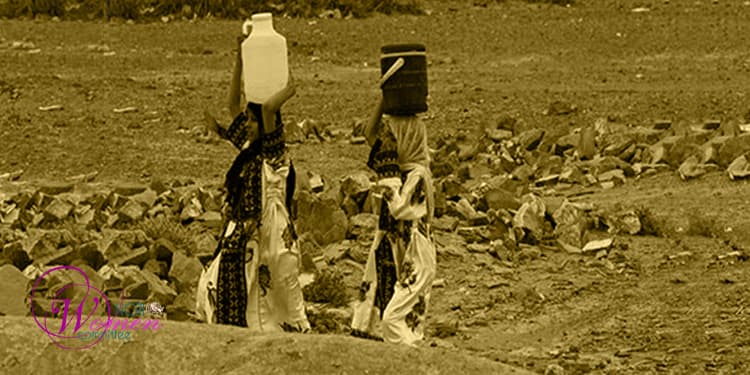 A widow prostitutes to provide water for her children. The heartbreaking news shocked Iranian society.

The state-run media in Iran cited a deputy in the mullahs’ parliament speaking during parliamentary debates.

Mo’ineddin Saeedi, Majlis deputy from Chabahar, revealed that 4 years ago, a widow in Sistan and Baluchestan Province had been compelled to sell her body to provide potable water for her children. The miserable woman then committed suicide. (The state-run etemadonline.ir – October 21, 2020)

Saeedi was underlining the acute water crisis in his province and the officials’ failure to address it. He said: “A widow who was more honorable than me and the president, was forced to sleep with a (stranger) man to provide water for her children. And she committed suicide afterwards.”

Water crisis in Sistan and Baluchestan

Shortage of water is an acute crisis in Sistan and Baluchestan Province augmented by widespread poverty. More than 30 children and women have lost their lives since the beginning of the New Iranian Year in March. They have drowned in rivers, hootags, and dams trying to fetch water.

None of the villages of Sistan and Baluchestan have water pipelines. And larger cities including the capital, Zahedan, experience long hours of water shortage every day.

The feminine face of poverty in Iran

Iran is a country sitting on a sea of ​​oil. Iran holds the world’s second largest natural gas reserves. Its natural resources are abundant, and the country has access to open sea in the north and south. Yet between 80 and 90 percent of the nation lives below the poverty line of 10 million Tomans. All Iranian workers with a monthly salary of 3 million Tomans live under the poverty line. According to the regime’s National Statistics Center, 50 percent of the population in Iran are under the absolute poverty line.

Poverty brings about more and more social harms with every passing day. Prostitution and suicide are two of the most widespread social ills in Iran. Even mothers with children commit suicide due to extreme poverty.

These are the outcome of 40 years of the clerical dictatorship ruling Iran. The mullahs have plundered the country’s natural resources and they do not care about the people. The spend the huge revenues of oil on domestic suppression of a disgruntled populace as well as on warmongering and export of terrorism to the region and the world.