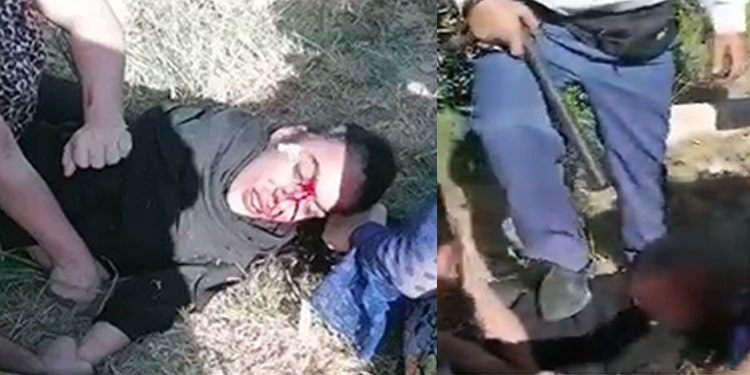 An injured woman in Abadan is held to ground, while a security force puts his foot on her chest

Inhumane treatment of an injured woman in Abadan has provoked public outrage.

A video clip circulated in social media on October 22, 2020, of a young woman in Abadan being mistreated by Oil Company’s security forces. The young woman with bloodied face was being held on the ground while one of the security agents put his foot on her chest.

The inhumane treatment of the injured woman in Abadan provoked widespread outrage among Iranians in Khuzestan and across the country.

Social media users said the video clip displayed an example of oppression of women and the corruption and depravity rampant within the clerical regime.

The person behind this harrowing incident was Jahan-Nejadian, a high-ranking manager of Abadan Oil Refinery and an operative of the Revolutionary Guard Corps (IRGC).

The video clip reveals the corruption of one of the mid-level managers of the Abadan Oil Refinery. The Security Force of the Berim District in Abadan also cooperated with him and brutalized the young woman.

The NCRI Women’s Committee reiterates that the spread of such social disasters is the product of the mullahs’ misogynistic rule. The regime’s misogynistic policies and laws are the prime cause of violence against women, the spread of poverty, corruption and various forms of social crimes and disasters.