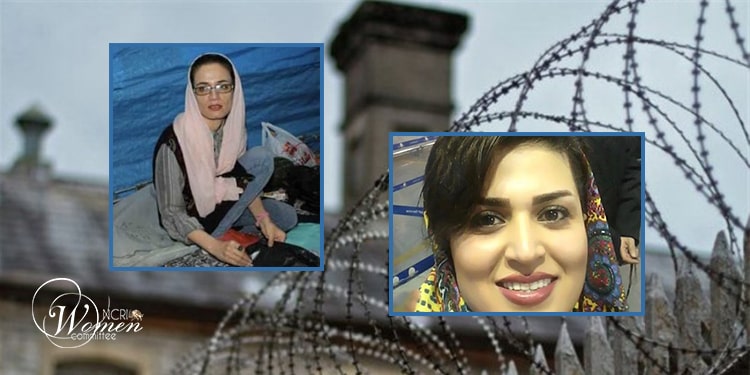 The Court of Behbahan issued a total of 109 years of prison sentence, 2,590 lashes, and 3.3 million Tomans in cash fine for 36 protesters including two women arrested during November 2019 protests in this city.

Behbahan was one of the hotbeds of protest in the southwest province of Khuzestan in November 2019.

Behbahan’s court informed the convicted of their sentences on the eve of the anniversary of the November 2019 uprising, on October 22, 2020.

Ms. Roghieh Taherzadeh was ordered to pay 3.3 million Tomans in cash to replace her three-month prison sentence. She is accused of insulting government agents while on duty.

Maryam Payab was sentenced to 1 year in prison and 74 lashes on the charge of “disruption of public order.”

Another one of the women arrested during November 2019 protests was Fatemeh Khoshrou. She and 69 other citizens were arrested in Khorramabad on November 16, 2019.

Khorramabad is the capital of Lorestan Province in western Iran.

Fatemeh Khoshrou, 32, was informed via email on October 22, 2020, that she had been sentenced to one year in prison.

Branch 1 of the Revolutionary Court of Khorramabad tried her in absentia on October 5, 2020. She is accused of “leading riots disrupting public order by taking part in illegal gatherings on November 16, 2020” and of “collaborating with hostile and dissident groups by preparing and sending film footages of illegal gatherings to some of their operatives in Turkey.”

Ms. Khoshrou was detained in the detention centers in Khorramabad for 18 days and subsequently transferred to Ward 209 of Evin Prison. After 34 days of interrogation, she was sent back to the Prison of Khorramabad. She was temporarily released after 10 days on a bail of 100 million Tomans until her trial is convened and her sentence finalized.

Fatemeh Khoshrou was brutalized in the IRGC Intelligence detention center and pressured to make televised confessions.