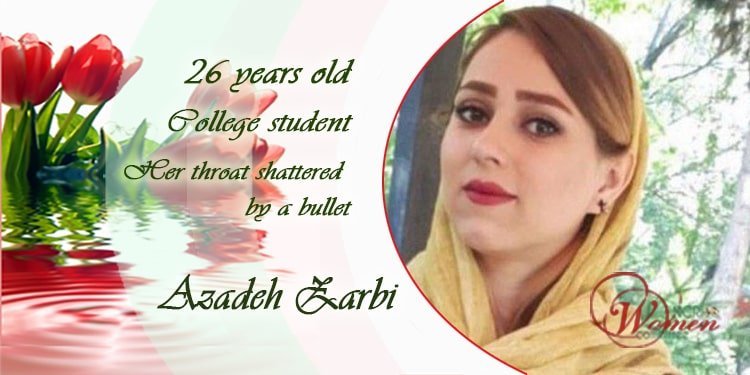 Azadeh Zarbi was one of the young women protesters who was shot to death by the Islamic Revolutionary Guards in the 2019 November Uprising.

Azadeh Zarbi lived in Shahriar and studied at the Azad University of Shahr-e-Quds (Ghal’eh Hassan Khan).

Ghal’eh Hassan Khan, a town in the periphery of Tehran, was one of the hotbeds of Iran protests in November 2019 where at least 9 persons have been identified as killed by security forces.

Azadeh was found dead with her throat shattered by a bullet.

Her lifeless body was handed over to her family with a few days of delay after they forced the family to write pledges not to publicize about the manner of her death.

Due to the extremely repressive conditions and the regime’s efforts to conceal its crimes against humanity, no further details are available on her.