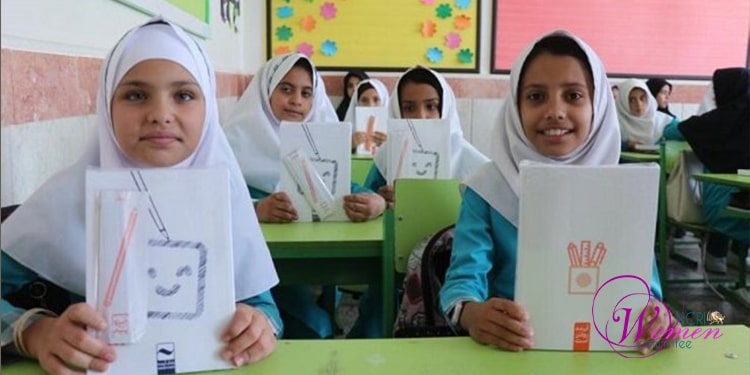 The majority of drop out students are young girls

November 4 marks the day of primary and high school students in Iran.

On November 4, 1978, Iranian high school students gathered on the campus of Tehran University to express their protest against the Shah. But university guards opened fire on them, killing around 60 and wounding hundreds.

As we are honoring primary and high school students in Iran on this day, millions of Iranian students, primarily girls, are deprived of education.

Up until last year, before the outbreak of the coronavirus, official estimates put the number of Iranian students who were out of school at 2 million. After the pandemic, the situation has deteriorated.

This year, the authorities say between 3.5 and 4 million students are out of school. However, the percentages they give draw a far worse picture of the situation.

Basic facts on the population of students in Iran

There are approximately 15 million school-age children in Iran, half of them girls.

Estimates varied from 2 to 4 million on the number of children who are left out of school and deprived of education. This is mainly because education is neither free nor mandatory in Iran. And poor families do not afford to send their children to school. Instead, the children go out to work and help the family earn their living.

But all these figures are related to the years preceding the outbreak of the coronavirus.

The state-run Tasnim news agency reported on July 20, 2020, that poverty and lack of access to the internet have left 50 percent of students in Iran out of school. That is around 7.5 million based on 2018 figures of overall population of school-age children in Iran.

36 percent of students in Iran (approximately 5.5 million students) who live in villages and remote areas do not afford to buy a smartphone or a tablet, wrote the IRGC-backed Javan newspaper on September 5, 2020.

Hossein Ali Shahriari, Head of the Health Commission of the mullahs’ parliament, asserted on October 14, 2020, that “3.5 million students in Iran do not have access to smartphones or tablets.”

The spokesman for the Education Commission also revealed that “3 million students do not have smartphones or tablets to have access to online education. Over 50 percent of villages do not have access to the internet.” (The state-run Modara.ir, October 12, 2020)

A semi-official website revealed last year that from every 12 Iranian children who do not go to school, only one is identified. (The state-run Alefba website, May 23, 2019)

By this account the number of children remaining out of school should be around 36 million.

However, one should bear in mind that none of the figures provided by the clerical regime officials or media is accurate. Since the regime is not transparent on its statistics.

The coronavirus is taking a high toll on students in Iran. In addition to school dropouts among Iranian students, tragic news is emerging about students committing suicide. Several students took their own lives because they did not afford to buy a smartphone.

In another incident, a young boy by the name of Mani Hashemi almost lost his life when he fell from the mountain. He was working as a porter transporting loads to earn money to buy a smartphone.

In the meantime, the horrific scale of coronavirus fatalities in Iran also include many children.

More than 30,000 children under 18 years have been infected, nearly 300 of whom have died. This is according to Hossein Kermanpour, manager of Emergency Clinic of Tehran’s Sina Hospital. (The state-run Etemadonline.ir, October 2, 2020)

Minoo Mohraz who is a member of the scientific board of the Taskforce to Combat the Coronavirus said it was a wrong decision to open the schools on September 5, when most of the country were red. (The state-run Entekhab newspaper, September 30, 2020)