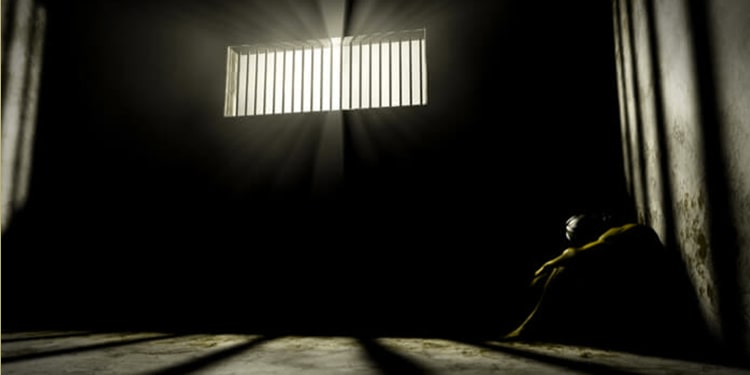 Kurdish political prisoner Sakineh Parvaneh has transferred to solitary confinement on the orders of the authorities of the Prison of Quchan.

Ms. Parvaneh was sent to a solitary cell on Monday, November 9, 2020, in response to her hunger strike since October 31 in protest of her possible relocation again to the Prison of Isfahan. On the eighth day of her hunger strike she sewed her lips.

Kurdish political prisoner Sakineh Parvaneh is also suing prison authorities for torturing and transferring her to Aminabad psychiatric hospital in Shahr-e Rey. She has been badly brutalized several times so far in Evin and Qarchak prisons.

In an open letter from prison she wrote that she initially spent ten days in detention centers in Marivan and Sanandaj, in Kurdistan Province. Then, the authorities sent her to Evin Prison in Tehran. During her detention in Ward 209 of Evin, she underwent harsh physical torture under interrogation.

In March 2020, she was sent to Qarchak Prison as a punishment for writing graffiti on the walls of Evin. She was brutalized in the course of this transfer and was held in solitary confinement while her limbs were in cuffs. Then to increase pressure on this Kurdish political prisoner and break her, the authorities of Qarchak Prison sent her to the Psychiatric Hospital of Aminabad in Tehran. After 25 days, she was returned to the quarantine section of Qarchak Prison.

On May 25, 2020, The Revolutionary Court of Tehran has sentenced Sakineh Parvaneh to 5 years in prison and deprived her of membership in any political group for three years. She did not have access to any legal representation during her court proceedings.

On July 4, 2020, political prisoner Sakineh Parvaneh was returned to Evin Prison, granting her demand for hunger strike while her body was bruised as a result of beatings.

In August 2020, the Revolutionary Court handed down an additional sentence of two years to Sakineh Parvaneh for inciting riots in prison.