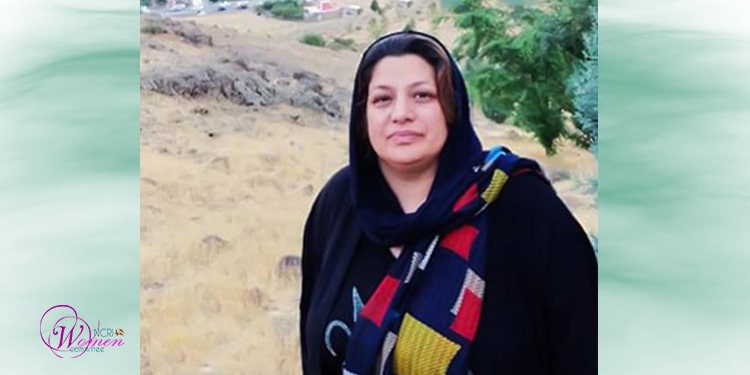 One the protesters arrested during the protests in November 2019 and detained in the Central Prison of Urmia has started a hunger strike. Detained protester Fatemeh Davand began her hunger strike on November 12, 2020, protesting the prison authorities’ decision not to grant her leave with an electronic leg tag.

Fatemeh Davand, 42, is from Bukan in Kurdistan Province and she has three children.

Reports from inside the Central Prison of Urmia indicate that intelligence agents have taken Ms. Davand to an intelligence department ward after she started her hunger strike.

The Kurdish political prisoner reported in on August 6, 2020, to serve her sentence in the Central Prison of Urmia.

The Revolutionary Court of Bukan sentenced political prisoner Fatemeh Davand to 5.5 years’ imprisonment and 30 lashes of the whip on charges of “disruption in public order” and “removing her veil.”

On May 12, 2020, Branch 1 of the Revolutionary Court of Mahabad tried her for “association and collusion against national security.”

Amnesty International wrote in a tweet that the incarceration of Ms. Davand took place after an unfair trial which ruled based on false confessions extracted from her under torture and other ill-treatment.