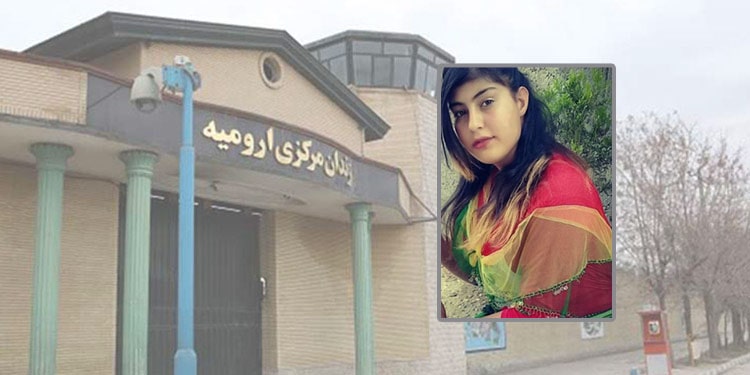 The teenage Kurdish girl Aynaz Zare’e has been imprisoned since October along with her mother, Shahnaz Sadeghifar in the Central Prison of Urmia. She is charged with “acting against national security” for membership in a Kurdish party. She did not have access to a lawyer during her prosecution.

Ms. Sadeghifar was tried on July 21, 2020. The Second Branch of the Revolutionary Court of Urmia sentenced her to 15 years in prison.

Aynaz Zare’e attempted suicide while in detention by cutting her wrist, after her mother was sentenced to 15 years in jail. She was also infected with coronavirus.

Shahnaz and Aynaz were arrested by the Islamic Revolutionary Guard Corps (IRGC) in September last year. Shahnaz Sadeghifar was interrogated for 2 months. She and her daughter were subjected to psychological pressure and torture during interrogations to make false confessions. They were then transferred to Urmia Central Prison. Shahnaz Sadeghifar, 32, and her daughter, Aynaz Zare’e, went on hunger strike twice on July 28 and on August 13, 2020, to protest the harsh prison sentence handed down to Shahnaz and the illegal and arbitrary arrest of Aynaz.

Mrs. Sadeghifar has two mortar shrapnels in her heart because of having lived in the war zones in the Iranian Kurdistan. She needs to be immediately operated on, but she has been deprived of any medical care. She has previously had a surgery and now, her place of surgery is badly infected.