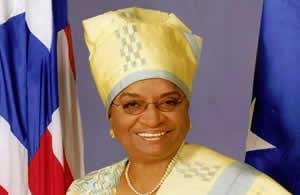 2005 – Ellen Johnson Sirleaf was elected president of Liberia and became the first woman elected to lead an African country.

Ellen Johnson Sirleaf (born 29 October 1938) is the 24th and current President of Liberia, in office since 2006. She served as Minister of Finance under President William Tolbert from 1979 until the 1980 coup d’état, after which she left Liberia and held senior positions at various financial institutions. In the 1997 presidential election won by Charles Taylor, she won the second place. She won the 2005 presidential election and took office on 16 January 2006. She was a successful candidate for re-election in 2011. Sirleaf is the first elected female head of state in Africa.