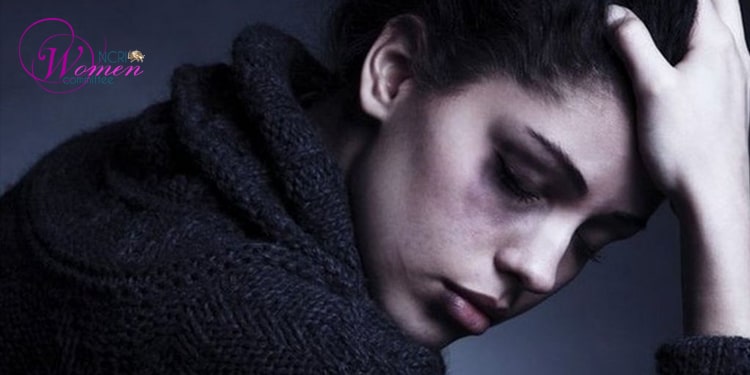 Bills with similar titles have been circulating among the regime’s various institutions since May 2009. The draft of this bill contained 92 articles, of which 17 clauses were deleted altogether as different institutions commented on the draft. Other sections of the bill were rendered incomplete and inefficient.

Finally, on September 17, 2019, the bill was passed back to the government after vetting by the Judiciary. However, 15 months later, it has not passed the “government investigations” and has not entered the regime’s majlis, or parliament for adoption.

Of course, it is not a secret to Iranian women that even if this bill is passed and implemented, there is no prospect of ensuring women’s security.

Parvaneh Salahshouri, a former member of the regime’s parliament, admitted, “If this bill is passed, the situation for women will be much worse. The current bill removes the term ‘violence against women,’ and sections on women’s security are either omitted or modified in some way. As a result, the intent of the bill is lost. In this bill, they have manipulated words” (The state-run Khabaronline.ir – December 16, 2019).

Who is responsible for ensuring women’s security?

The members of the National Committee for the Protection, Dignity and Women’s Security include 22 well-known regime officials, all of whom are men, except for Massoumeh Ebtekar, presidential deputy for Women and Family Affairs.

In addition to the 22 officials, two professors from the Qom seminary are on this committee, representing the most reactionary and misogynistic spectrum of religious dictatorship.

Is the “Protection, Dignity and Women’s Security Bill” designed to ensure security of women, or does it actually work against women?

Gholamhossein Mohseni Ejei, a spokesman for the judiciary and First Deputy Minister of Justice, had previously expressed concern that the women’s security bill would “shake the foundations of the family” (The official IRNA news agency – February 17, 2019).

Ashraf Geramizadegan, a legal adviser on women’s and family affairs, translated the phrase “shaking the foundation of the family” in the mullahs’ culture as meaning “undermining the authority of men” in the family (The state-run ILNA news agency – September 18, 2018).

One of the most significant corrections by the Judiciary in the bill is the replacement of the word “women” with “Mesdames” (which refers only to married women) thus excluding a wide range of women from its scope.

Leaving aside the general talk and division of work, rather than defending the oppressed women of Iranian society against violence, the bill addresses seemingly moral and cultural coercion, which is practically in defense of misogynistic religious rule.

The clauses related to deterrent punishments considered in this bill simply repeat the provisions that existed in the regime’s penal code and criminal procedure. Irrespective of the fact that these punishments promote violence in society, it should be noted that women seeking recourse under the ruling cultural and judicial regime are subjected to danger, and the process of proving that a crime has been committed is onerous.

In many cases, if a woman complains of violence, especially sexual violence, she becomes the main accused. After an unfair trial, she typically faces an inhumane fate.

In reviewing the bill’s substance, it is apparent that the content does not even resemble standard legislative texts. For example, unlike many laws that usually state at the end of legislation that “any law that is contrary to this law is obsolete,” there is no sentence in this context. This in itself negates its enforcement guarantee.

Sedigheh Rabii, Director General of Women and Family Affairs in Qazvin, admits, “There is no detailed and precise clarity in the various clauses of the bill.”

“For example, in the section on the prohibition of forcing a woman to marry, it is not possible to find out exactly how young a girl cannot get married,” she said.

Soodabeh Khosropour, a sociologist, says in this regard, “Sexual exploitation, the formation of brothels, and organized sex trafficking are all manifestations of modern violence against women that this bill must address.”

Alireza Mafi, a lawyer, emphasizes, “this bill cannot eliminate violence against women, because there is no belief in violence in the text and it pays more attention to crime, while the scope of violence is much higher than victimization.”

He emphasizes that the bill should not focus on women who live in dignity but rather on women who have been the target of violence in society.

“The new bill legalizes gender segregation, but it does not only mean the elimination of violence; the segregation itself is an act of violence against women,” he said (The official IRNA news agency – January 4, 2020).

The gesture of passing the bill and increasing violence in society

While stating that a bill to ensure women’s security against violence has not yet been approved, Sedigheh Rabii acknowledges that “Violence against women is on the rise every year, and official statistics show only overt violence.”

She added, “A review of forensic statistics on violence, as well as referrals and contacts with the 123 social emergency system, show the upward trend of this violence. If this bill fails to define the proper enforcement guarantee, this issue will not be resolved.”

Rabii then admits, “The bill does not provide the necessary support for abused women, and such women are forced to continue living passively in the current circumstances” (The official IRNA news agency – January 4, 2020).