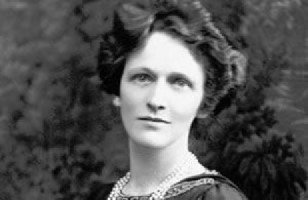 1893 – Women voted in a national election for the first time the New Zealand general election.

1893 was the year universal suffrage was granted to women over 21 (including Māori), plural registration was abolished, plural voting for Māori property-owners was abolished, and only those whose descent was exactly half Māori were allowed to choose whether to vote in European or Māori electorates. Women’s suffrage was the most consequential change.

1919 – Nancy Astor was elected a Member of the Parliament of the United Kingdom. She was the first woman to sit in the House of Commons.

Nancy Witcher Langhorne Astor (19 May 1879 – 2 May 1964), rallied the supporters of the incumbent government, moderated her Prohibition views, and used women’s meetings to gain the support of female voters. A by-election was held on 28 November 1919, and she took up her seat in the House on 1 December as a Unionist (also known as “Tory“) Member of Parliament. Astor’s friendship with George Bernard Shaw helped her through some of her problems, although his own nonconformity caused friction between them. They held opposing political views and had very different temperaments. However, his own tendency to make controversial statements or put her into awkward situations proved to be a drawback for her political career. Astor was challenged by the rise of Nazism. She criticized them for devaluing the position of women, but was strongly opposed to the idea of another World War. Lady Astor died in 1964 at her daughter Nancy Astor’s home at Grimsthorpe Castle in Lincolnshire.

Ensuring women's security, a far cry from the misogynistic dictatorship