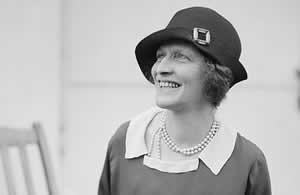 1919 – Lady Astor becomes the first female Member of Parliament to take her seat in the House of Commons of the United Kingdom.

Nancy Witcher Langhorne Astor, Viscountess Astor, was born on 19 May 1879 in Langhorne House in Danville, Virginia, and moved to England in 1905.

Astor was hampered in the popular campaign for her known opposition to alcohol consumption and her ignorance of current political issues.

Astor appealed to voters on the basis of her earlier work with the Canadian soldiers, allies of the British, other charitable work during the war, her financial resources for the campaign and her ability to improvise.

1955 – Rosa Parks refuses to give up her seat on the bus and is arrested for violating the city’s racial segregation laws. This incident lead to the Montgomery Bus Boycott.

Rosa Louise McCauley Parks (February 4, 1913 – October 24, 2005) was an African-American Civil Rights activist, whom the United States Congress called “the first lady of civil rights” and “the mother of the freedom movement”. Her birthday, February 4, and the day she was arrested, December 1, have both become Rosa Parks Day, commemorated in both California and Ohio.