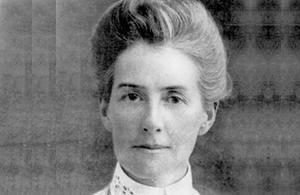 Edith Louisa Cavell (4 December 1865 – 12 October 1915) was a British nurse. She is celebrated for saving the lives of soldiers from both sides without discrimination and in helping some 200 allied soldiers who escaped from German-occupied Belgium during the First World War, for which she was arrested. She was accused of treason, found guilty by a court-martial and sentenced to death. Despite international pressure for mercy, she was shot by a German firing squad. Her execution received worldwide condemnation and extensive press coverage.