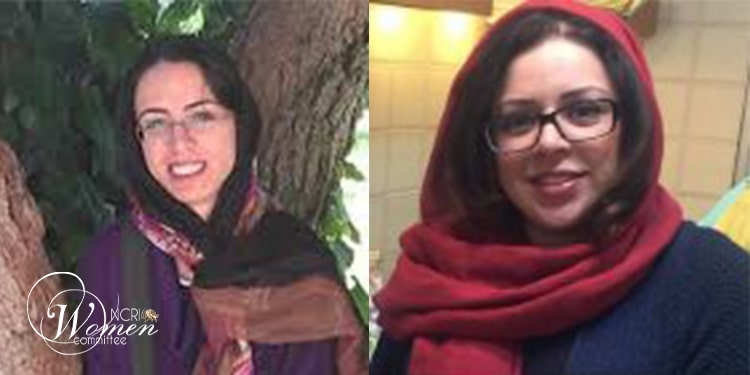 The Revolutionary Court of Tehran sentenced two women’s rights activists in Iran, Hoda Amid and Najmeh Vahedi, to 15 years in prison, in addition to depriving them of social activities.

Also, in continuation of relocation of inmates from the women’s ward of Evin Prison, Saba Kord Afshari was transferred to the notorious Qarchak Prison.

The 15th Branch of the Revolutionary Court of Tehran sentenced Hoda Amid, lawyer and women’s rights activist, to 8 years in prison, banning her from her social rights for two years, and from practicing law for two years.

The court also sentenced Najmeh Vahedi to 7 years in jail and deprived her of some of her social rights for two years.

Abolghassem Salavati who resided the court, was involved in the massacre of political prisoners in 1988, and is still sitting on a decision-making bench.

Hoda Amid and Najmeh Vahedi were simultaneously but separately arrested on September 1, 2018, at their places of residence. Najmeh Vahedi is a women’s rights activist and a graduate of sociology from Tehran’s Allameh University. She is presently a student of women’s studies. The two women’s rights activists in Iran used to hold educational workshops for women to teach them about their rights.

Saba Kord Afshari who was serving her sentence in the women’s ward of Evin Prison was transferred to Qarchak Prison in the morning of Wednesday, December 9, 2020. Ms. Kord Afshari, 22, has been sentenced to 24 years in prison for protesting the mandatory Hijab.