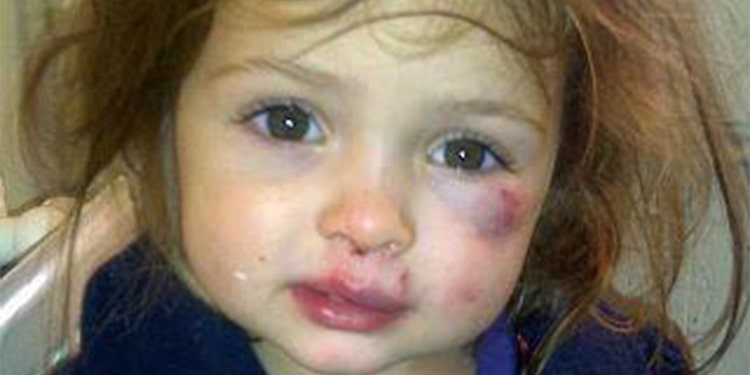 An Iranian psychologist, Hashem Varzi, acknowledged, “The types of child abuse in Iran is changing. We are witnessing a rise in the number of child laborers, addicted children, child brides and many other phenomena that have not yet been included in our child abuse statistics” (The state-run IRNA news agency – November 22, 2020).

“Neglecting the basic needs and rights of a child such as nutrition, health, shelter, adequate clothing, security, love and education are also obvious examples of child abuse,” Varszi added.

In many cases, domestic violence leads to mild and severe beatings or eventually murder. Today, violence has become so widespread in Iran that one cannot draw a definite geographic line for it (The state-run Jahanesanat.ir – November 19, 2020).

Child abuse is the worst social ailment in Iran

In June 2019, Reza Jafari, head of the Social Emergency Department of the Welfare Organization, announced that child abuse was the most common domestic violence in Iran (The state-run asreiran.ir – June 20, 2019).

In August 2018, Mehrdad Motallebi, Welfare Organization’s social affairs deputy in West Azerbaijan Province, said: “More than 13,000 cases of child abuse were registered by the Social Emergencies of W. Azerbaijan Province from March 2017 to March 2018. This figure is related only to the cases reported to this center” (The state-run Uromnews.ir – August 7, 2018)

Given 13,000 reported cases in just one province, one can see that the figure 16,000 presented for the whole country in six months constitutes a bad minimization of the reality. Nevertheless, the clerical regime’s agencies are not transparent with regards to social ailments and do not present accurate statistics.

The main proponent of child abuse in Iran, the regime’s laws

Domestic violence is not considered a crime under the clerical regime’s laws. The law dealing with domestic violence, is the same law that deals with any other violence or conflict between two people. It does not distinguish between domestic violence and other forms of violence (aasoo.org, June 30, 2020).

The bills to prevent violence against women and protect children’s rights which are supposed to reduce violence against women and children through legal means, are currently subjects of dispute between various state institutions. However, even if they are approved and implemented, they will be unable to break the cycle of violence in the country, since the cause of such crimes lie in the economic and legal sectors (The state-run jahanesanat.ir – November 19, 2020).

According to Article 9: “Whenever as a result of negligence, carelessness, lack of skill, or failure to observe the standard conduct by the parents or legal guardians of the child or adolescent, or persons who are responsible for taking care of the child or adolescent, or are involved in the affairs related to children and adolescents, the child suffers death, loss of one of the senses, loss or injury to one of the body parts, wounds in the head, face or neck, or other damages, they will be sentenced to imprisonment and financial penalty” (Website of the Welfare Organization – June 12, 2019).

The Guardian Council’s opposition to this article means that legally, the person who inflicts harm on children shall not be punished. And again, the punishment for killing a child by his/her father could be only 2 years in prison which could be redeemed. This is while the mullahs’ regime, amputates people’s hands for committing petty thefts out of extreme poverty.

In December 2019, the mullahs’ Parliament amended the bill to accommodate the Guardians Council as follows: “Whenever negligence or carelessness by the parents leads to results which are subject to this article, they will be sentenced to the minimum punishments as mentioned in the above articles. With regard to paragraph (T) of this article, the parents would be subject to the sentences outlined in this waver only if they did not undertake the necessary measures to prevent injury and the injury is documented to be carried out by them” (The official IRNA news agency – December 22, 2019).

Such ambiguous amendments practically give an open hand to the father to ruthlessly brutalize his child.

Child abuse in Iran during the coronavirus pandemic

The economic consequences of COVID-19 pandemic, such as unemployment, inflation, recession and poverty, have impacted 70% of Iranians to suffer from mental and psychological problems.

Today, social harms have engulfed the entire country and no house remains safe. Less than three months into the new Iranian year 1399 (March-May 2020), the recurrence of violence in the country exceeded the total number of cases in all the previous years (The state-run Jahanesanat.ir – November 19, 2020).

During the pandemic, children are at risk of additional maltreatment and negligence. At this time, parents are generally anxious and put more pressure on their children.

Mohammad Reza Mahboubfar, a researcher on social harms, admitted, “Violence against children has increased fivefold. Before the Coronavirus crisis, the cases involved physical violence against children and even rape. The difference today is that beating of children by their parents is constantly being repeated” (The state-run Jahanesanat.ir – November 19, 2020).

“Violence has become a characteristic behavior in society, which is a matter of concern,” stated Mousavi Chalak, Head of Iran’s Association of Social Workers (The state-run PANA news agency – July 4, 2020).

52% of abused children are girls and 57% of perpetrators of violence are fathers (The state-run salamatnews.ir– October 4, 2018).

In Chaharmahal-o Bakhtiari Province, alone, 7% of calls made to the Welfare Organization were related to child abuse. In this province, girls are abused more than boys. (The state-run PANA news agency – November 16, 2020).

Child labor is another form of child abuse in Iran. The presence of girls among working children exposes them to more physical and sexual harms. Little girls who must work on the streets to earn some money are sexually and physically harassed by municipal agents or criminals. This is a violation of Article 34 of the Convention on the Rights of the Child.

The clerical regime is a state party to the Convention on the Rights of the Child but it does not take any action to safeguard and protect the rights and lives of children in Iran, particularly the girl children.

Being a woman and a child makes girl children in Iran the most vulnerable under the misogynist rule of the mullahs since they neither protect nor promote the rights of women and children.