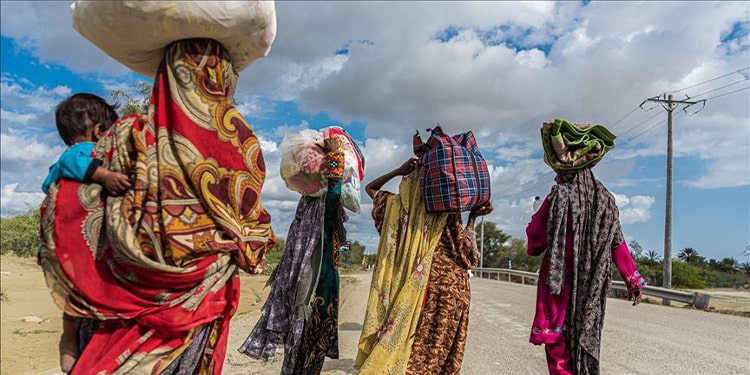 Baluchi woman murdered after being run over by State Security Force.

In the course of a protest by rural women residing in a village in the southeastern Sistan and Baluchistan Province, security forces ran over a Baluchi woman who subsequently died.

Standing up to the raid of the clerical regime’s security forces on Nazarabad village, in Rask county, Baluchi women staged a protest to prevent the arrest and confiscation of the vehicles of petty businessmen in this village. Security forces, however, ran over the protesters by their cars. As a result of this savage attack, a Baluchi woman by the name of Khadijeh Dahani was wounded. She lost her life shortly afterwards, in hospital.

The clerical regime’s State Security force and intelligence agents in Sistan and Baluchistan Province, systematically arrest poor citizens who try to earn a living. They indiscriminately open fire on them or arbitrarily arrest them and confiscate their belongings. Every month, a considerable number of citizens in this province lose their lives as a result of such arbitrary conduct by the State Security Force. This time, a deprived woman fell victim to the suppressive measures of security forces and lost her life.