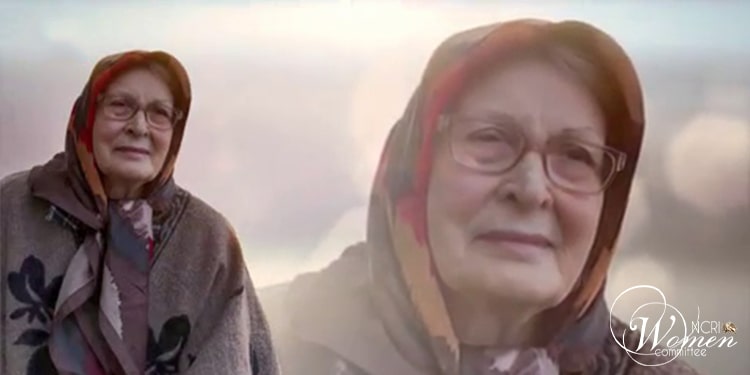 Fatemeh Karimi better known to all as Mother Farzanesa passed away on Sunday, December 13, 2020, at a hospital in Cologne, Germany, after suffering a brain stroke which left her in coma for three days. She had struggled against two dictatorships in Iran for 50 years.

Fatemeh Karimi was born in February 1930 to a religious and political family in Tehran. She was a teacher by profession. She and her husband, Mahmoud Farzanesa, were among the supporters of the late leader of Iran’s freedom movement, Dr. Mohammad Mossadeq, and participated in social activities in his support in 1950s.

Mother Farzanesa became a supporter of the People’s Mojahedin Organization of Iran (PMOI/MEK) since the early days when they started their struggle against the Shah’s dictatorship. For 50 years, she always supported the Mojahedin under the Shah and throughout the years of the clerical regime’s tyrannical rule.

She actively participated in all the demonstrations during the anti-monarchic revolution. She was present in the demonstration on September 8, 1978, which was turned into a bloodbath by the Shah’s troops.

After the overthrow of the Shah’s regime, Fatemeh Karimi started her activities directly with the PMOI/MEK. She worked with workers and was in charge of the office of workers’ affairs in the organization.

In the campaign for the first presidential election after the fall of the Shah, she actively worked to introduce the PMOI/MEK candidate Massoud Rajavi to the public. She travelled to the cities of Abadan and Ahvaz and spoke in rallies in support of him.

She subsequently joined the Association of Moslem Mothers, supporters of the PMOI/MEK. She participated in all the meetings and undertook various responsibilities. She actively participated in the demonstration by PMOI mothers on April 27, 1981.

She also participated in the milestone demonstration on June 20, 1981. She was arrested by Khomeini’s revolutionary guards, but managed to escape detention, saying she was a traveler and was just passing by.

The torture and martyrdom of her children only added to her resolve and faith in her path. Her daughter, Mahshid Farzanesa, was killed on February 8, 1982, during the attack of Khomeini’s guards on the headquarters of the PMOI leadership in Tehran. Her son, Majid Farzanesa, was executed in June 1982 in Tehran. She lost another son, Alireza, during the Eternal Light Operation in 1988. Fatemeh Karimi also lost several other relatives during the struggle.

In recounting one of her memories, mother Farzanesa said: “The Mojahed publication was printed in our house. This was an honor for us. My husband was arrested because of this in November 1981. He suffered myocardial infarction after undergoing much physical and psychological torture in prison, after Mahshid and Mohammad were killed on February 8, 1982, and their seven-month-old infant was taken away by guards, and after Majid got killed.”

She relied on her love and faith in the cause of Iran’s freedom to endure all the pains and suffering she experienced on this path.

During her years in exile, she never complained of the hardships. She was always happy, lively and actively participated in all the PMOI activities, ceremonies and campaigns.