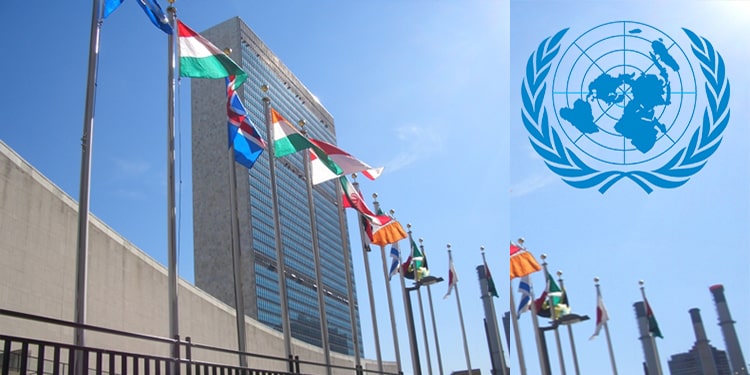 The UN General Assembly adopted a resolution with 82 affirmative votes on Wednesday, December 16, 2020, condemning the grave and systematic violation of human rights in Iran.

This is the 67th UN resolution censuring human rights abuses in Iran.

The President-elect of the National Council of Resistance of Iran, Mrs. Maryam Rajavi welcomed the resolution adopted by the highest world body.

She reiterated that the main perpetrators of the atrocities mentioned in this resolution are those who have been continuously involved in crimes against humanity during that past four decades, particularly the massacre of political prisoners in 1988, the brutal suppression of the November 2019 uprising that left over 1,500 protesters killed, and 12,000 arrested.

Mrs. Rajavi emphasized that in a situation where the religious fascism ruling Iran does not pay the slightest attention to the UN General Assembly resolutions, it is time for the Iranian regime’s human rights dossier to be referred to the UN Security Council and the regime’s leaders to be held accountable for four decades of crimes against humanity.

The UN resolution strongly urged the Iranian regime “to eliminate, in law and in practice, all forms of discrimination and other human rights violations against women and girls, to take measures to ensure protection for women and girls against violence and their equal protection and access to justice, to address the concerning incidence of child, early and forced marriage, as recommended by the Committee on the Rights of the Child, to promote, support and enable women’s participation in political and other decision-making processes, and, while recognizing the high enrolment of women in all levels of education in the Islamic Republic of Iran, to lift restrictions on women’s equal access to all aspects of education and women’s equal participation in the labour market and in all aspects of economic, cultural, social and political life, including participation in and attendance at sporting events.”

Shortage of nurses in Iran – more than 60,000 nurses infected with COVID-19