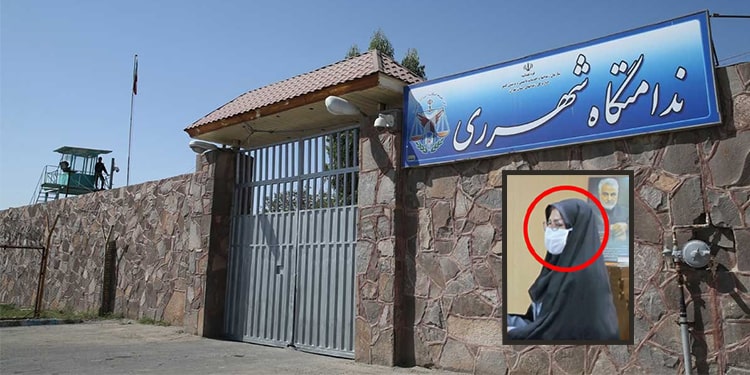 It has turned out that the new warden of Qarchak Prison is a notorious torturer appointed to step up pressure on political prisoners.

In response to the protest of political prisoners, Soghra Khodadadi, the new warden of Qarchak Prison, has threatened to launch more attacks on them.

Soghra Khodadadi oversaw 20 male and female anti-riot guards in Qarchak Prison when they raided political prisoners in Ward 8 on Sunday, December 13. They brutalized the inmates in Ward 8, and beat them with stun guns and batons.

The guards took political prisoner Golrokh Iraee by her hair and dragged her out of the ward to send her to the IRGC Intelligence Ward 2A in Evin Prison.

Most inmates suffered heavy bruises on their limbs and back. Some suffered from chest pain due to stun guns. But all of them were abandoned them in the ward without prison authorities providing them any medical care.

Some prisoners in Qarchak are on telephone strike to protest frequent disconnection of the phones as well as the reduction of the duration of their calls. They will not call their families until the conditions are back to normal.

Soghra Khodadadi has increased pressure on Qarchak prisoners since she has taken over this post. She has ordered chadors (the head-to-toe garb) for all prisoners and plans to force them into wearing the chador in this all-women prison.

On her orders, prison authorities took the body of one of the war dead and paraded it around the prison on December 18. They also posted pictures of the war dead on the walls of the main corridor.