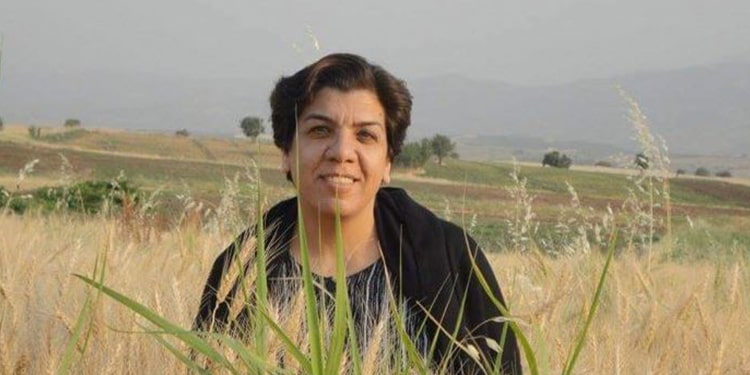 The summon instructs Ms. Mohammadi to appear before the court within five days after the summon is posted on SANA website.

Vice President of the Free Union of Iranian Workers Parvin Mohammadi said she had been summoned for a case filed against her in 2017. She was unaware of the prosecution and the verdict had been issued in her absence.

There is no information available on the length of her sentence or her charges.

The Vice President of the Free Union of Iranian Workers posted a video clip on social media, protesting this illegal procedure, violation of workers’ rights, as well as the security and legal pressures imposed on them.

Parvin Mohammadi had been previously arrested and convicted for her peaceful activities in defense of workers’ rights.

The Vice President of the Free Union of Iranian Workers Parvin Mohammadi was arrested on January 29, 2019, and imprisoned in Evin Prison until March when she was released on bail.

She was re-arrested by security forces at a ceremony on the occasion of International Labor Day held in Jahan Nama Park located on Tehran-Karaj Highway on April 26, 2019, and sentenced to one year in prison on the charge of “propaganda against the state.” On December 7, 2019, she was taken to Kachouii Prison in Karaj to serve her sentence among ordinary prisoners. She had been released in April 2020.

In an open letter in January 2019, she wrote, ”Shame on the rulers who responded with arrests and imprisonments to 38 days of cries of the steel workers of Ahvaz who demanded their rights. These workers cried out their pains every day on the streets. Their throats turned sore so much that they cried out for their rights.”