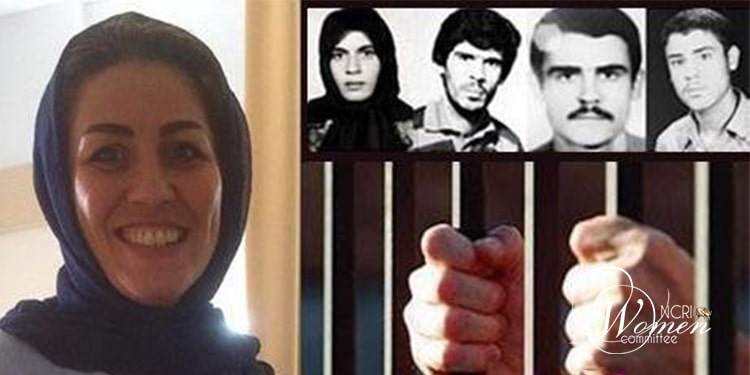 Maryam Akbari Monfared started her 12th year in prison on Wednesday, December 30. She is a political prisoner jailed in Evin since 2009 without one day of furlough.

Maryam Akbari was arrested at 3 a.m. on December 30, 2009, after the major upheavals on December 27 that year which nearly toppled the clerical regime.

In June 2010, the 15th Branch of Tehran’s Revolutionary Court sentenced her to 15 years in prison on the charge of “Moharebeh (waging war on God) through membership in the People’s Mojahedin Organization of Iran,” a charge which she never accepted.

She was detained for nine months in solitary confinement in the Intelligence Ministry Ward 209, the Methadone Ward and the women’s ward of Evin Prison. She was relocated to Gohardasht (Rajaishahr) Prison in October 2010 and subsequently moved to the notorious Qarchak Prison in April 2011.

Maryam Akbari Monfared protested the conditions in Qarchak Prison by writing several letters to the regime’s authorities and to Ahmed Shaheed, the UN rapporteur for human rights in Iran. As a result, she was returned to the women’s ward of Evin where she has been detained since.

On May 31, 2020, she was summoned to the Evin Courthouse to be arraigned with charges leveled against her in a new case. But she refused to appear in the courthouse because the summon was not written, she did not have access to her lawyer, and also because of the outbreak of the Coronavirus.

Maryam Akbari Monfared has three daughters but she has not been granted even one day of leave during the past 11 years. She suffers from thyroid malfunction and rheumatism.

She lost two of her brothers during the executions of members and supporters of the People’s Mojahedin Organization of Iran in 1981 and 1984. Her sister and younger brother were executed during the massacre of political prisoners in summer 1988.

The UN Working Group on Enforced or Involuntary Disappearances has accepted her complaint over the execution of her sister and brother in the 1988 massacre.