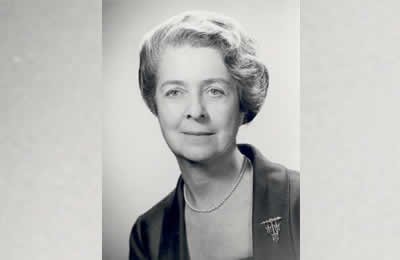 2012 Rita Levi-Montalcini, Italian neurologist and member of the Italian Senate, recipient of the Nobel Prize in Physiology or Medicine in 1986 and the National Medal of Science in 1987.

Rita Levi-Montalcini was born on 22 April 1909 in Turin. In 1952, she did her most important work: isolating nerve growth factor (NGF) from observations of certain cancerous tissues that cause extremely rapid growth of nerve cells. Levi-Montalcini founded the European Brain Research Institute in 2002, and then served as its president. Her role in this institute was at the center of some criticism from some parts of the scientific community in 2010. Levi-Montalcini died in her home in Rome on 30 December 2012 at the age of 103.