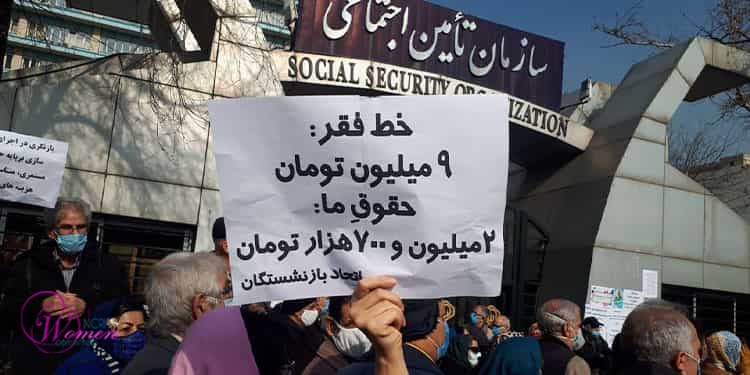 The Social Security Organization’s retirees held protests in at least 11 provinces and 22 cities across Iran on Sunday, January 3, 2021. Women widely and actively participated in these protest gatherings.

The participants in these protests chanted against the regime’s injustices and blamed the government for their abysmal financial conditions.

The protesters issued a statement at the end of their protest gatherings, demanding their basic rights. Some of their demands were fair balancing of their salaries, the government’s payment of its debts to the Social Security Organization, and increasing their pensions to match their living expenses. They also protested the fact that their salaries are less than the poverty line.

Other demands of the retirees included provision of free and sufficient medical services and welfare, enjoying the right to participate in decision-making over their fate, and the right to organize in free and independent associations.

A large number of the retirees are women. They reiterated in their statement that they had no other option but to hold protest gatherings despite the Coronavirus restrictions.

Hundreds of retirees earlier held protests in at least 8 provinces in December when the restrictions were slightly loosened.