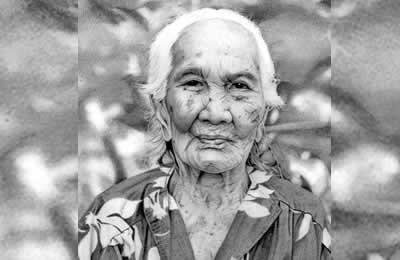 In her native town, Tandang Sora operated a store which became a refuge for the sick and wounded revolutionaries. She gave them medical attention and supported them with motherly advice and prayers. Secret meetings of the Katipuneros (revolutionaries) were also held at her house.

She earned the name “Mother of the Philippine Revolution”.

When the Spaniards learned about her activities and her knowledge to the whereabouts of the Katipuneros, she was interrogated but she refused to divulge any information. She was then arrested by the guardia civil and was deported to Guam, Marianas Islands.

In 1896, Tandang Sora returned to Philippines and lived there until her death at the age of 107. She was buried in her own backyard, now known as Himlayang Pilipino Memorial Park.