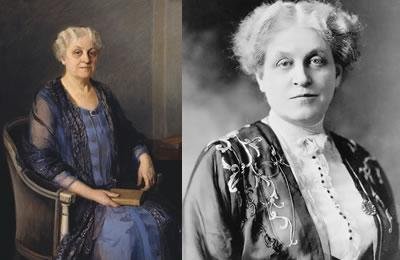 Carrie Chapman Catt (January 9, 1859 – March 9, 1947) was an American women’s suffrage leader who campaigned for the Nineteenth Amendment to the United States Constitution, which gave U.S. women the right to vote in 1920.

Catt served as president of the National American Woman Suffrage Association and was the founder of the League of Women Voters and the International Alliance of Women.

She led an army of voteless women in 1919 to pressure Congress to pass the constitutional amendment giving them the right to vote and convinced state legislatures to ratify it in 1920 and was one of the best-known women in the United States in the first half of the twentieth century and was on all lists of famous American women.