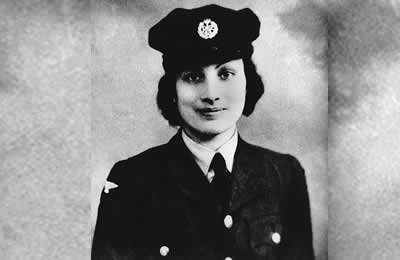 Noor-un-Nisa Inayat Khan GC (2 January 1914 – 13 September 1944) was an Allied Special Operations Executive (SOE) agent during the Second World War who was posthumously awarded the George Cross, the highest civilian decoration in the United Kingdom and other Commonwealth nations.

On 19 November 1940, she joined the Women’s Auxiliary Air Force (WAAF) and, as an aircraftwoman 2nd class, was sent to be trained as a wireless operator. Upon assignment to a bomber training school in June 1941, she applied for a commission in an effort to relieve herself of the boring work there, subsequently being promoted assistant section officer.

On 11 September 1944, Inayat Khan and three other SOE agents from Karlsruhe prison, were moved to the Dachau Concentration Camp. In the early morning hours of 13 September 1944, the four women were executed by a shot to the back of the head.