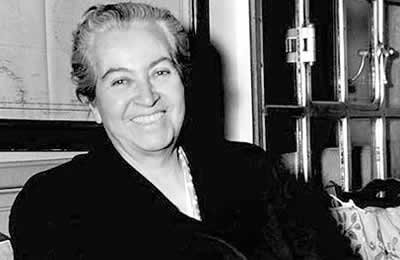 In 1904 Mistral published some early poems in the local newspaper. Mistral lived primarily in France and Italy between 1926 and 1932.

On November 15, 1945, Mistral became the first Latin American, and fifth woman, to receive the Nobel Prize in Literature. She received the award in person from King Gustav of Sweden on December 10, 1945. In 1947 she received a doctor honoris causa from Mills College, Oakland, California. In 1951 she was awarded the National Literature Prize in Chile.

In early January 1957 she moved to Hempstead, New York, where she died from pancreatic cancer at the age of 67.