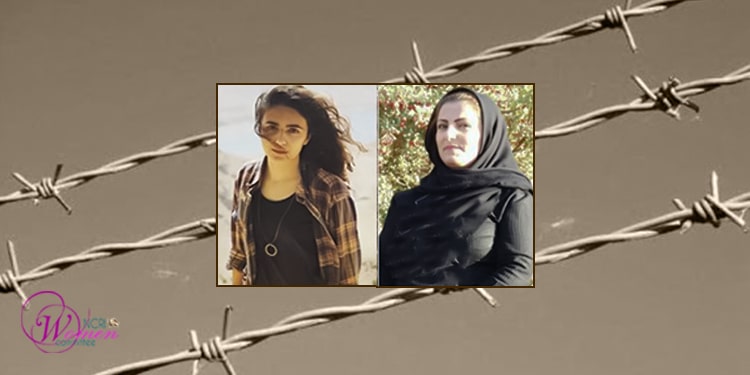 The clerical regime’s security and intelligence forces arrested a number of civil activists and students including two women in the cities of Karaj, Mahabad and Bukan. A labor activist was summoned to serve her sentence. The Appeals Court upheld the sentences of two female civil activists, and a children’s rights activist is being detained in Evin Prison in limbo.

Agents of the Department of Intelligence of Bukan arrested Azimeh Nassri and took her to an undisclosed location.

Simultaneously, five civil activists including Darya Talebani were arrested by intelligence services in Mahabad. Both cities are located in Kurdistan Province.

Security forces arrested two student activists in the dormitory of the University of Karaj and transferred them to an undisclosed location.

In another development, labor activist Haleh Safarzadeh and her husband, Alireza Saghafi, were summoned to the Courthouse of Karaj to server their one-year sentences.

Verdicts upheld by the Appeals Court

At the same time, Zahra Nazouri, whose husband is detained as a political prisoner in Evin Prison, was sentenced to one year in prison by the Revision Court of Isfahan Province. Mrs. Nazouri is charged with “propaganda against the state.”

Afsaneh Azimzadeh, a children’s rights activist, arrested on December 14, 2020, has been detained since without standing a trial in the IRGC detention center, Ward 2A of Evin Prison. Ms. Azimzadeh was arrested in Tehran’s Milad Hospital when she was following up on the heart problem of her mother.

In a minute-long call to her family on December 19, she informed her family of her place of arrest but did not know her charges and the reason for being detained.

Afsaneh Azimzadeh is one of the founders of the Association Defending Child Laborers and Street Children, founded in 2003. She has been active in education and assistance for child laborers for 15 years.