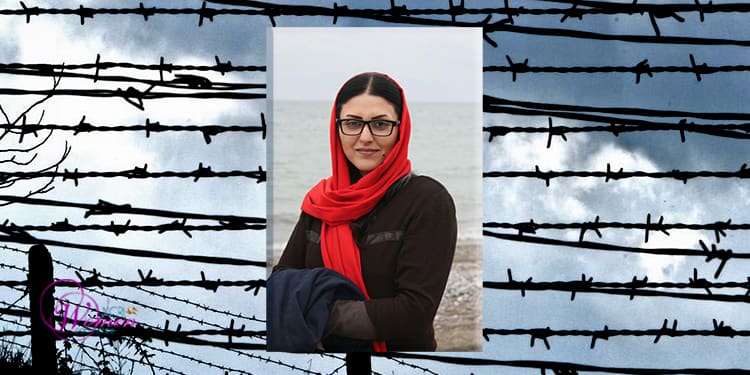 More than a month since the forcible transfer of political prisoner Golrokh Ebrahimi Iraee to Ward 2A of Evin Prison, there is still no information available on her conditions.

One of the notorious interrogators of the IRGC Intelligence told her family that they are not allowed to inform the media on the conditions of their daughter.

Political prisoner Arash Sadeghi, Golorkh’s husband, who is detained in Gohardasht Prison of Karaj, sent out an open letter on January 13, 2021. In part of this letter, he said: “Last week, my mother-in-law suffered a heart stroke and was hospitalized after she learned about beating of her daughter with batons and stun guns. The question is how much maneuvering power does an interrogator enjoy under the Islamic Republic’s Judiciary? Does he have the power to threaten and harass the family of a prisoner? Intimidation and harassment of the families of political prisoners has become a routing practice for the Islamic Republic in recent decades. It seems that the Judiciary’s structure, the torture methods have returned to those of the 1980s, and are widely practiced with special cruelty.”

Earlier, after repeated referrals by the Iraee family to the Evin Courthouse, Amin Vaziri, supervising the conditions of political prisoners, told them: “The riot in Qarchak had been organized by Golrokh Iraee and whatever happens to her, she deserves it.” He added, “For the time being, you should not be waiting for your daughter.”

Intelligence services are known for their fabrication of charges and filing new cases against prisoners who are about to complete their sentences.