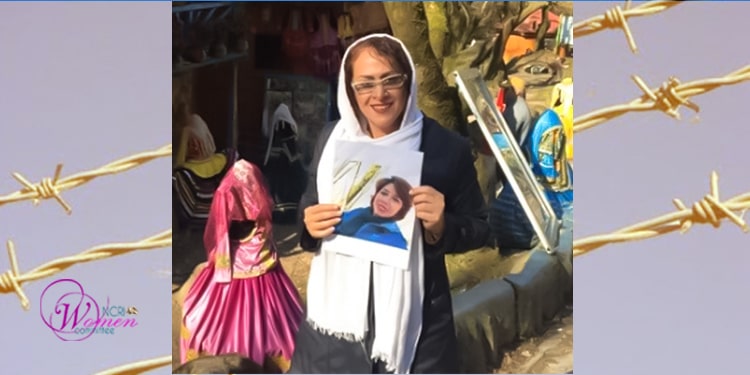 Political prisoner Raheleh Ahmadi is in dire health and on the point of paralysis.

“Despite growing concern of physicians over the possibility of her becoming paralyzed, no decision has been taken for starting medical treatment of this prisoner,” said lawyer Mostafa Nili about the situation of political prisoner Raheleh Ahmadi. She must be urgently granted medical leave, but nothing as such has happened, yet.”

Raheleh Ahmadi suffered a nervous shock after her daughter, Saba Kord Afshari, was abruptly relocated to the notorious Qarchak Prison. She had mobility problems and was sent to hospital twice, including on January 5, 2021, when she was sent to Tajrish Hospital. Specialist physicians say she could be paralyzed. No decision has been taken on her treatment while the decision is an emergency.

Intelligence agents arrested Mrs. Raheleh Ahmadi at her home on July 10, 2019 and taken to Qarchak Prison. She was temporarily released 4 days later on a bail of 700 million Tomans, until her prosecution was finalized. Subsequently, she received a prison sentence of 2 years and 7 months. On February 1, 2020, she was summoned and taken to the women’s ward of Evin to serve her sentence.

Depriving political prisoners of medical treatment is a common practice in the clerical regime’s jails.

In cases when a political prisoner needs urgent medical treatment, the authorities of Evin Prison make families and lawyers go through various stages of referring to different officials and agencies. The procedure usually becomes long and without an answer.

The head of the prison’s dispensary and their physicians also have the authority to send a prisoner to hospital in emergency cases, but they do not do so. Sometimes, the hospitals which have signed contracts with prisons do not provide specialized services. And the prisoner does not receive the specialized treatment he/she needs.

In other cases, when a physician orders hospitalization of a prisoner, the prison’s assistant prosecutor does not allow them to stay.

The lack of cooperation and foot dragging on the part of prison authorities lead to deterioration of the health of prisoners, and there have been cases when the prisoner has died.