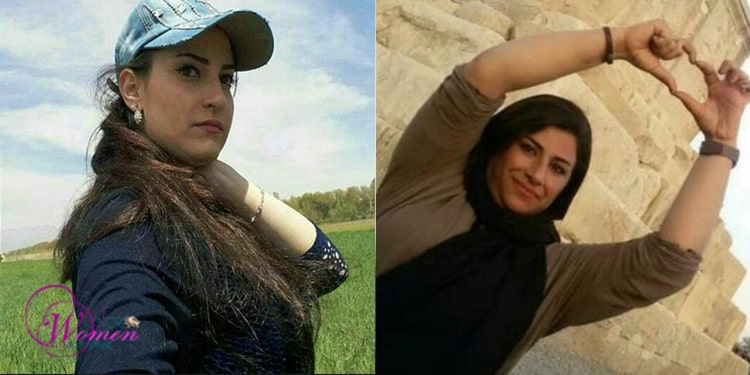 An activist woman has been taken to the Prison of Bushehr, to serve her 2.5-year jail sentence. Mahboubeh Rezaii was arrested on January 19, 2021.

Ms. Rezaii is from the city of Borazjan, in Bushehr Province, in southern Iran. Her charges include “assembly and collusion against national security”, “membership in one of the opposition groups”, “insulting the (mullahs’) leader” and “propaganda against the state” for which she had been sentenced to a total of 13 years in jail.

The Revolutionary Court of Shiraz said that 5 years of this sentence will be implemented according to the regime’s laws. The Revision Court finally upheld 2.5 years of the sentence for this activist woman.

Mahboubeh Rezaii was first arrested in May 2017 but was temporarily released on bail until final disposition of her case.

In another development, the trial of Shakila Monfared, a civil activist, was held in Tehran on January 20, 2021. Three male guards and a woman from the IRGC’s Sarallah Garrison took her to prison after the trial.

Born in 1993, Shakila Monfared resides in Tehran. On August 22, 2020, intelligence forces arrested her as she was leaving home. She is charged with “insulting the (mullahs’) leader” and “propaganda against the state.”

Arbitrary arrests of Kurdish activists have continued over the past weeks. Six woman are among those arrested in recent days.

At least 41 Kurdish citizens have been arrested so far in a wave of arbitrary arrests that stared on January 9. Most of those apprehended had been involved in civil, cultural, environmental and student activities.

Another three women arrested earlier are Azimeh Nasseri in Bukan, Darya Talebani in Karaj, and Esrin Mohammadi in Tehran. The three women have been transferred to the detention center of the IRGC Intelligence in Urmia.