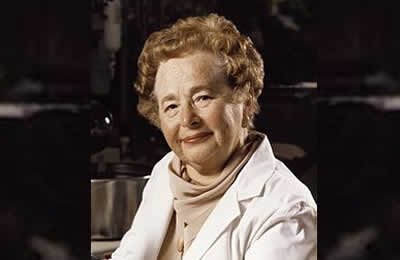 Gertrude Belle Elion (January 23, 1918 – February 21, 1999( was an American biochemist and pharmacologist, who shared the 1988 Nobel Prize in Physiology or Medicine with George H. Hitchings and Sir James Black.

In 1991 she became the first woman to be inducted into the National Inventors Hall of Fame. She was elected a Foreign Member of the Royal Society in 1995.

Elion never married, had no children, and listed her hobbies as photography, travel and listening to music. Gertrude Elion died in North Carolina in 1999, aged 81.

She said: “Don’t be afraid of hard work. Nothing worthwhile comes easily. Don’t let others discourage you or tell you that you can’t do it. In my day I was told women didn’t go into chemistry. I saw no reason why we couldn’t.”