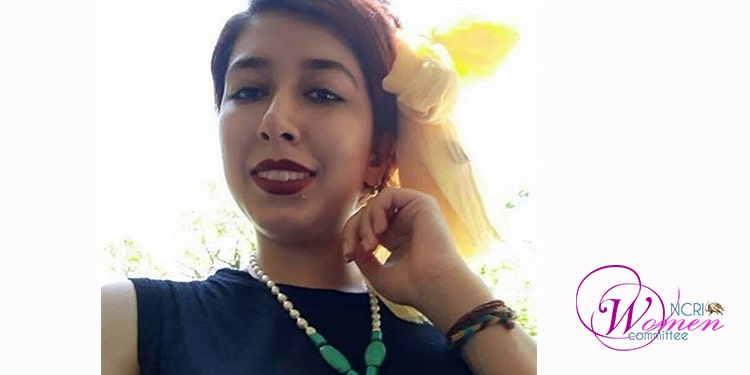 Civil activist Saba Kord Afshari who is presently incarcerated in the notorious Qarchak Prison has been violently moved from Ward 8 to Ward 6 where inmates convicted of violent crimes are detained.

Saba Kord Afshari is serving a 24-year sentence for protesting the mandatory Hijab enforced on Iranian women by the clerical regime. She was banished from Evin Prison to Qarchak on December 9, 2020.

According to a source informed about this case, the attack on Saba Kord Afshari took place on Tuesday, January 26, 2021. Male and female guards banged their batons and stun guns on the walls and doors to terrorize the inmates. Then, they broke into Ward 8. They told other inmates that Saba Kord Afshari must be transferred out of the ward or they are going to be responsible for whatever happens to them.

Saba was in the courtyard taking fresh air at the time. The guards caught her by the hair, dragged her on the ground and moved her out of the ward. They also tied her hands in the back. Ms. Kord Afshari’s arms have been badly bruised.

Previously, on December 13, 2020, Qarchak prison authorities had told Saba Kord Afshari, Maryam Ebrahimvand and Mojgan Keshavarz that they need to move from ward 8 to ward 6. The three prisoners of conscience defied the decision by prison authorities. Shortly afterwards, 20 male and female prison guards, accompanied by the new warden Soghra Khodadadi attacked the ward and brutalized the inmates who were mostly political prisoners and prisoners of conscience.

It was during this attack that prison guards violently took away political prisoner Golrokh Ebrahimi Iraee and sent her to the IRGC Intelligence Ward 2A of Evin Prison where she was interrogated for 43 days.

Ms. Kord Afshari was badly beaten during the December 13 attack. She was hurt in the teeth, and her shoulder and back were bruised.

Subsequently on December 26, Maryam Ebrahimvand was sent to the mothers’ ward.

Women are not separated according to the category of their crimes in Qarchak Prison, but a dozen political prisoners including those who support the Iranian opposition People’s Mojahedin Organization of Iran (PMOI/MEK) are detained together in ward 8. Prison authorities are separating and not allowing them to talk to other prisoners, fearing that they would attract more sympathy for the opposition.