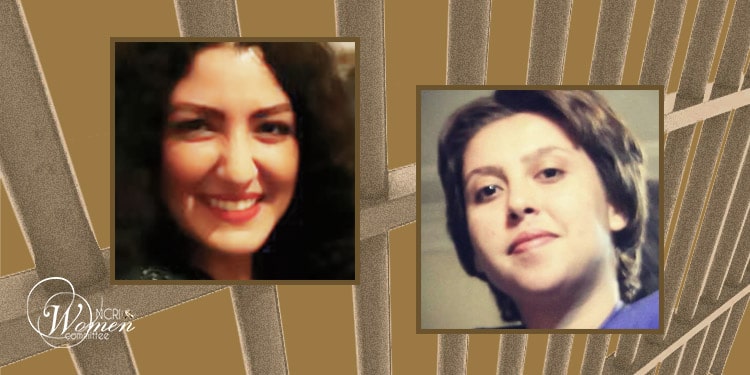 Despite passage of 50 days since the arrest and detention of Nazanin Mohammad-Nejad, she is still held in solitary confinement at Ward 2A of Evin Prison with uncertain status. Intelligence agents arrested her at her home in Tehran on December 8, 2020. Ms. Mohammad-Nejad, 32, is a student of Russian language at Tehran’s Allameh Tabatabaii University. There is no information available on the charges for which she has been detained.

Women’s rights activist Tahmineh Mofidi continues to be detained in Ward 2A of Evin Prison without standing trial and under uncertain status. She is under interrogation by the IRGC Intelligence who arrested her at home in Tehran on January 2, 2021. There is no information on the reason(s) she has been arrested and detained for.

The Revolutionary Court of Tehran sentenced Najmeh Mir-Akhorli to five years in prison. Agents of the IRGC Intelligence arrested Ms. Mir-Akhorli at her home in Tehran on November 19, 2019.

She was initially taken to Ward 2A of Evin Prison and detained there for 21 days. She was eventually released on bail on December 24, 2019, temporarily until final disposition of her case.

Najmeh Mir-Akhorli, 61, was informed of her sentence on January 6, 2021. Her charges include “membership in the illegal group of People’s Fedayeen Organization (minority).” This is while this group has not had any activities in Iran for many years.

Branch 28 of the Revolutionary Court of Tehran convened on January 20, 2021, and sentenced Shakila Monfared to six years in prison. She was taken to prison immediately after the trial by agents of the IRGC Intelligence.

Ms. Monfared is charged with “propaganda against the state”, “assembly and collusion against national security”, “insulting the sanctities”, as well as insulting the regime’s leader and the founder of the clerical regime.