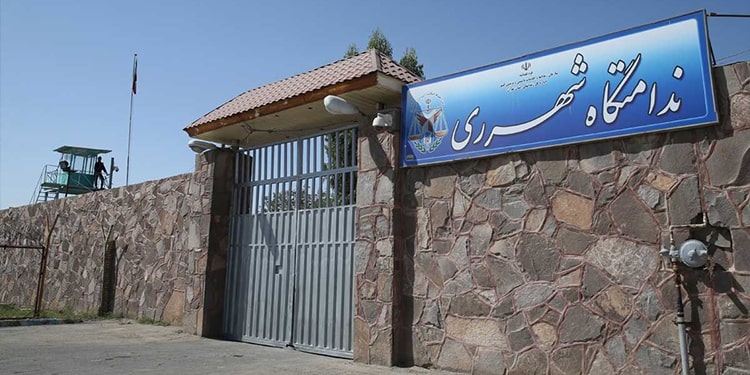 Qarchak Prison is the place for detention of at least 2,000 female inmates, but it does not resemble a living quarters for human beings.

Political prisoner Golrokh Iraee described Qarchak as the following: “Life does not flow in Qarchak Prison.” And this is all one could say about it. Other political prisoners have also written about the abysmal conditions in this notorious prison after they were released.

Most of the women who serve their long prison terms in Qarchak are either heads of households or have children who stay with their husbands. To earn a meager amount of money, they work under intolerable and harsh prison conditions in the workshops. What they do is more like forced labor than a regular job.

Most of the work in this prison is done by inmates. Health conditions are horrible and drinking water is salty. So, the inmates must buy their own drinking water despite their little income.

Some of these women who are serving lengthy prison terms are far from their hometowns and have not seen their children for a long time.

The state-run ILNA news agency recently published a report containing interviews with some of these women who must serve quarter-century sentences in this notorious prison.

20 years for a woman with two children

Maryam has received 20 years because of large debts to private complainants. Her sons are 13 and 23 years old. If it were not for the government mismanagement of the economy and the market, and if the government supported women like her in their job, she would never be in prison.

Mitra has received 25 years. She was arrested for moving a small amount of drugs from one place to another. She is also supposed to pay 100 million Tomans in cash as fine. She has so far served 9 years of her sentence. She had initially been sentenced to death, but her sentence was later commuted to 25 years.

She is a graduate of political sciences. In a country where most of the educated people are jobless, no wonder that she resorted to drug trafficking in order to have some income.

Quarter-century sentence, fine of 100m Tomans in cash for Sediqeh

Sediqeh resorted to drug trafficking to provide the expenses for treatment of her son. She has received 25 years and ordered to pay a fine of 100 million Tomans in cash.

After 8 years in Qarchak, Sediqeh says: “I would do anything to save my son.”

Sediqeh weaves carpets in one of the prison’s workshops. Her son was construction worker but he hurt his eyes during work. Sediqeh and her husband sold their land and sheep but it was not sufficient to pay for the high cost of medical treatment of their son. So, they had to move to Tehran where they got involved in safekeeping of drugs to use the money they earn for their son’s eyes.

Sediqeh and her husband were detained. Her husband was released after six years. Now, he lives with their children. In the past 8 years, Sediqeh has seen her children only once because they live in Esfarayen which is a long distance from Tehran.

Hundreds of other women like Sediqeh, Maryam and Mitra are detained in the notorious Qarchak Prison. If they lived in a democratic country where they could enjoy social support, they would never be in prison. But these women live in a country ruled by a corrupt and misogynous regime imposing a plethora of social ills on the society. Topping them is poverty with women as its prime victims. Without social support, these women have to do anything to save their children and for this reason, they become convicted and sentenced to long prison terms.

Qarchak is the nickname for Hell

In describing the conditions in Qarchak Prison, former political prisoner and labor activist Atefeh Rangriz who served many months there, said: “Qarchak is the nickname for Hell.”