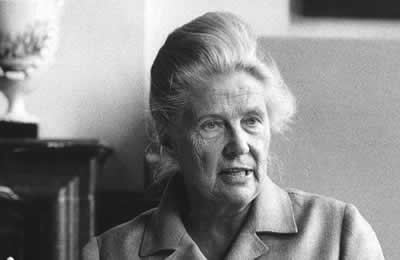 1902 – Alva Myrdal, Swedish sociologist and politician, recipient of the Nobel Peace Prize in 1982

Alva Myrdal (January 31, 1902 –February 1, 1986) was born in Uppsala. She first came to public notice in the 1930s, and was one of the main driving forces in the creation of the Swedish welfare state.

In 1962, Myrdal was elected to the Swedish parliament and was sent as the Swedish delegate to the UN disarmament conference in Geneva, a role she kept until 1973.

A vocal supporter of disarmament, Myrdal received the Nobel Peace Prize in 1982 together with Alfonso Garcia Robles.