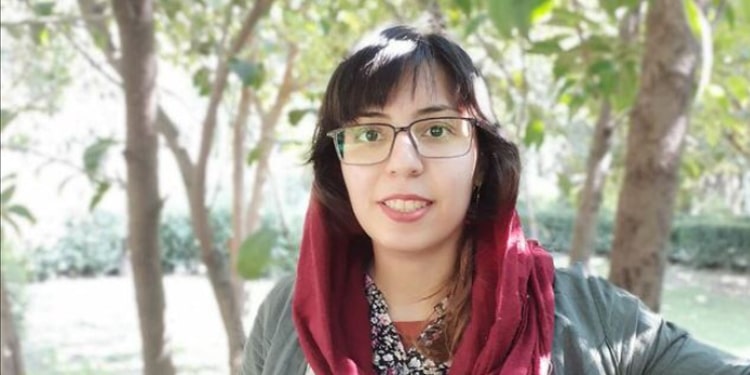 Two female activists in Iran receive 10 years for their activities

Two female activists in Tehran and Sanandaj received a total of 10 years’ imprisonment for their activities promoting human rights in Iran.

The two female activists charged for exercising their fundamental right to freedom of expression are Faranak Jamshidi and Soha Mortezaii.

Conservationist Faranak Jamshidi was sentenced to 4 years in prison on the charge of “membership” in a Kurdish opposition group.

The First Branch of the Revolutionary Court of Sanandaj convened on January 23, 2021, but Ms. Jamshidi’s lawyer was officially informed of the verdict on February 2.

The evidence used to prove Faranak Jamshidi’s membership was her participation in a protest in favor of Syrian Kurds and joining a group on social media.

Faranak Jamshidi who is a member of the Green Society of Kurdistan was arrested at her home in Sanandaj, capital of Kurdistan Province, on June 28. After 4.5 months, she was released temporarily on a 200-million-Toman bail on November 10.

The 54th Branch of the Revision Court of Tehran Province recently informed Ms. Mortezaii’s lawyer of the sentence. Student activist Soha Mortezaii is sentenced to six years in prison for alleged “assembly and collusion to act against national security.”

The notorious judge Salavati presided her case this November, condemning her for “holding a sit-in on Tehran University’s campus protesting her deprivation from continuing her education,” for “participating in the protests of November 2019,” for “protesting the bill requiring female students to observe the veil on the campus of Tehran University,” and for her “active role in the university’s Student Council.”

Soha Mortezaii was arrested on November 17, 2019 during the nationwide protests. Agents of the IRGC Intelligence sent her a text and called her to the front gate of Tehran University’s Fatemieh dormitory for female students. Then, they apprehended and took her to the IRGC Intelligence Ward 2A in Evin Prison. She was released temporarily on January 22, 2020, on a 500-million-Toman bail until final disposition of her case.