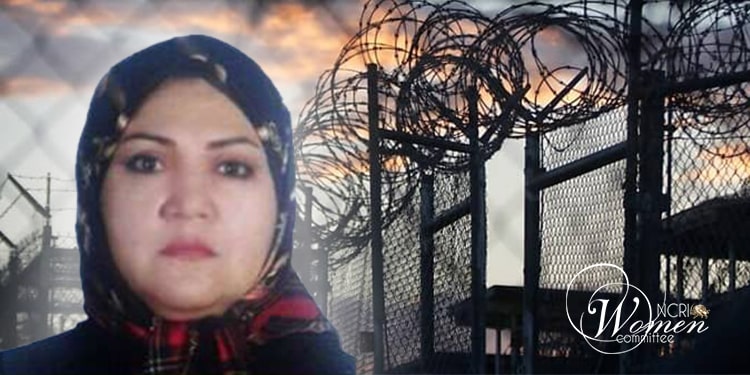 Political prisoner Fatemeh Mosanna has been returned to prison before completion of her medical treatment process.

In the wake of serious deterioration of her health, intestinal pain and bleeding, Fatemeh Mosanna was was finally taken to a civic hospital on February 11, 2021. After five days, however, she was returned to prison without completing her treatment process. She is presently deprived of access to her regular medicines.

Fatemeh Mosanna, 53, has been suffering from intestinal bleeding since mid-August and is not able to walk on her own.

A doctor from Tehran’s Taleghani Hospital, urged the forensics office to examine her and verify that she could not bear prison conditions and that she deserved to be granted medical leave. Because of the advanced stage of her illness, the doctor said, it is not possible to treat her in the stressful conditions of prison.

As a result of prison conditions, Mrs. Mosanna suffers from GI disorders, liver problems, intestinal colitis and nervous migraine headaches. She has repeatedly fallen unconscious because of severe pain in her digestive tract. Every time, however, Evin’s Assistant Prosecutor, Amin Vaziri, prevented her access to proper medical treatment.

Fatemeh Mosanna fainted while in detention in Evin Prison on August 19, 2020. She was sent to Taleghani Hospital but her hands and feet were cuffed to the bed throughout the week she stayed there. After 6 days, she was returned to Evin Prison and detained in the quarantine.

Mrs. Mosanna’s health conditions deteriorated again on September 7, 2020. She was sent to Taleghani Hospital for endoscopy and colonoscopy but again, she was returned to Evin without completing her tests.

Fatemeh Mosanna and her husband, Hassan Sadeqi, and her two children were arrested on January 28, 2013 as they were holding a memorial ceremony for Mr. Sadeqi’s father who was a member of the opposition People’s Mojahedin Organization of Iran (PMOI/MEK), and had just passed away. Her daughter was detained for three days and her underage son was detained and interrogated for about 1.5 months. The couple were later sentenced to 15 years in prison, each. Their business and residence were also confiscated by the regime’s Judiciary.

Mrs. Mosanna has been deprived of having visits with her imprisoned husband for nearly a year.

Born on May 26, 1967, Fatemeh Mosanna was imprisoned for three years along with her mother when she was only 13. They were accused of waging war on God and insurrection through supporting the People’s Mojahedin Organization of Iran (PMOI/MEK). Three of her brothers and sister-in-law were executed by the clerical regime in the 1980s.