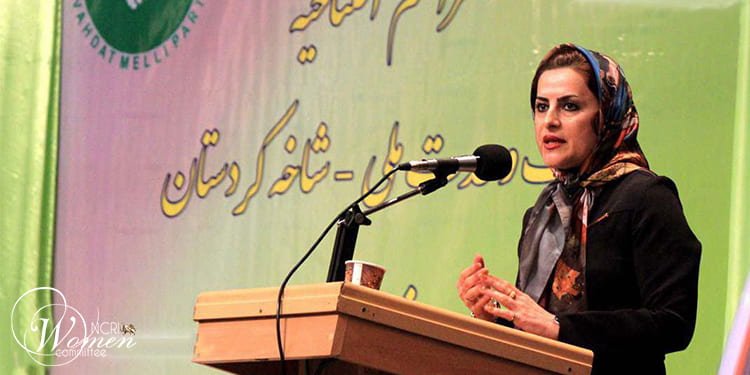 The Iranian regime has recently stepped up pressure more than any other time on Kurdish activists in Iran including on Kurdish women, and made numerous arrests in recent months. Following is an update on the situation of three Kurdish women.

Political prisoner Sakineh Parvaneh has reportedly been relocated from the Central Prison of Mashhad to an unknown location since February 24, 2021. Under the pretext of taking her to the clinic, she was called to the sentry office and moved out of prison.

Ms. Parvaneh is serving a 5-year prison sentence since she was arrested in autumn 2019 for visiting her family in Soleimaniya in Kurdistan of Iraq.

On October 27, 2020, she was banished from the women’s ward of Evin Prison to the Prison of Quchan, and from there to the Central Prison of Mashhad on December 13, 2020. Now she is being relocated for the fourth time in recent months.

The Revolutionary Court of Urmia, NW Iran, commuted the 15-year sentence of Ms. Shahnaz Sadeghifar to 5 years and one day in a revision trial on February 20. The court formally informed the Ms. Sadeghifar who is presently detained in the Central Prison of Urmia on February 22.

Shahnaz Sadeghifar, 32, and her 17-year-old daughter, Aynaz Zare’e, were arrested in October 2019 by agents of the IRGC Intelligence. They were interrogated for 2 months and subjected to psychological pressure and torture to make false confessions against themselves. They were subsequently transferred to the Central Prison of Urmia.

On July 26, 2020, the Revolutionary Court of Urmia sentenced Mrs. Sadeghifar to 15 years in prison.

On November 16, 2020, the first branch of the Penal Court of Urmia for children and adolescents sentenced Aynaz Zare’e to five years in prison. But she was later released from jail on November 25, after spending 15 months in prison.

Ms. Gelaleh Vatandoust, a lawyer, was summoned to the Department of Intelligence of Marivan on February 22, 2021, and interrogated there for several hours. The reason she was summoned was her posts on social media criticizing violations of women’s rights in Iran and the government’s failure to create jobs in Kurdistan.