Message of Frédérique Ries, MEP, to Iranian people and Resistance

Message of Frédérique Ries, MEP, to Iranian people and Resistance

Frédérique Ries, member of the European Parliament from Belgium, sent a message to the Iranian people and Resistance on the advent of the Persian New Year 1400. Ms. Ries is a member of the EP Foreign Affairs Commission and Vice President of the RENEW Group at the European Parliament. She served as Belgium’s minister of state in foreign and European affairs in 2004. Following is the text of her message:

Let me extend my best wishes for Nowruz to the Iranian people.

Nowruz is a springtime celebration which symbolizes rebirth and the link between humans and nature. I know it is celebrated on this day by millions in Iran. I also know that due to a brutal religious regime in Tehran, the Iranian people have not celebrated their traditions with joy for years because of the dark cloud that covers them in suppression.

Throughout the history, they have never surrendered to tyranny, especially the women, and this in spite of terrible repression. We do remember 30,000 political prisoners, men and women massacred in the summer of 1988; more recently 1,500 young men and women were shot to death for participating in the rallies in November 2019. These are the examples of your incredible strength and resilient. You never give up in your path to a free Iran.

The role of women in this process is significant. They are now organizing themselves in groups, and in every protest in the cities across Iran and bravely calling for an end to 42 years of a misogynist regime.

As Maryam Rajavi, the leader of the Iranian opposition says, “Women are the force for change” and “they are the ones who are the most repressed, who are going to defeat the mullahs’ religious dictatorship.”

I wish you a year that marks the beginning of a remarkable era of success and happiness in Iran so the Iranians can one day again enjoy justice, democracy and freedom.

And please be assured that we, members of the European Parliament, we relay your voices and your cries and you can count on our support. We see you and we hear you, even those who are in prisons and are in tough conditions.

Nowruz Mubarak to all of you.

Message of Rasa JUKNEVIČIENĖ, MEP, to the Iranian people and Resistance

Message of Radka MAXOVÁ, MEP, to Iranian people and Resistance 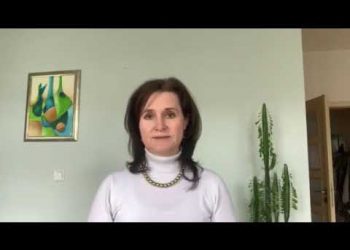 Message of Radka MAXOVÁ, MEP, to Iranian people and Resistance 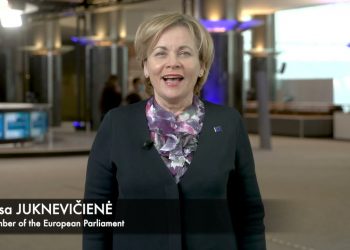 Message of Rasa JUKNEVIČIENĖ, MEP, to the Iranian people and Resistance