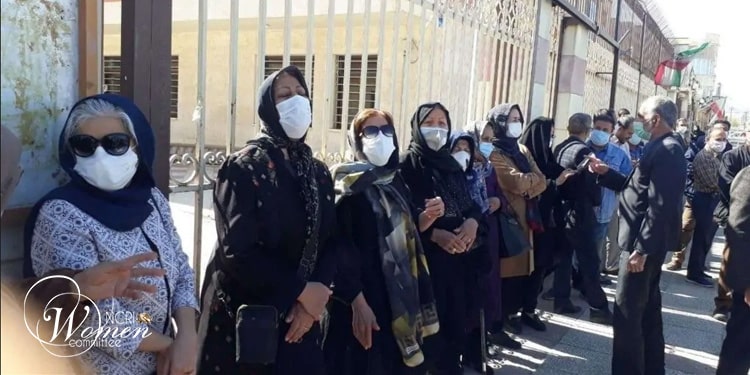 This was their first nationwide protests since the beginning of the Persian New Year, and women actively took part in them.

In protest to their dire living conditions, low salaries, and skyrocketing prices, they chanted:

We have heard a lot of lies, we won’t vote

Threats and repression are no longer effective

We did not see any justice, we will not vote

Our baskets are empty, enough with oppression

Parliament, government, enough with deception of the nation

The protests which echo the voice of all the people of Iran in addition to Tehran, were held in Arak, Ardabil, Isfahan, Ahvaz, Ilam, Khorramabad, Rasht, Sari, Sanandaj, Shiraz, Karaj, Kerman, Kermanshah, Gorgan, Qazvin, Mashhad, Yazd, Neyshabur, Shush, Shushtar, and Abhar outside the general departments of Social Security.

Referring to Iran’s honorable retirees and pensioners, Mrs. Maryam Rajavi, the President-elect of the National Council of Resistance of Iran, said: “Without fearing the regime’s threats and suppression, they have concluded that to break out of poverty, the only solution is taking to the streets and crying out their demands.”

She urged the nation and particularly Iran’s courageous youths to rise in solidarity and support the righteous demands of the arisen retirees and pensioners.