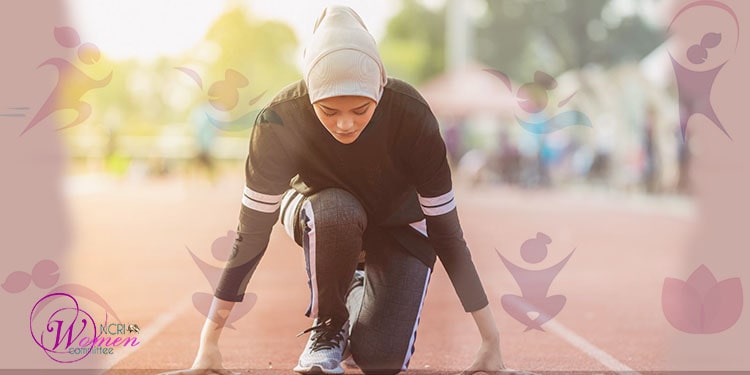 The Iranian women’s national football team was eliminated from FIFA rankings on December 18, 2020, when the World Football Federation announced rankings for women’s national teams. The Iranian team had no place because it had been inactive for nearly 2 years and was eliminated from the second qualifying round of the Olympics on April 9, 2019, after losing its last match. Regime federation officials took no action to return to the FIFA rankings.

“Women’s football is not important for the league’s organization. The federation is not currently concerned with women’s football. The league organization’s silence is questionable and shows how insignificant we are to them,” said Azam Gholami, head coach of the women’s soccer team, as he announced the news about the domestic leagues.

Gholami added, “Most women’s soccer teams have no facilities. In previous years, they competed with the least facilities. How can they expect to follow the protocols and hold a competition? We are all in danger.”

“Not only did we not move towards professionalism; in the last few years, we have worked hard, but the league remained silent about all our efforts,” she reiterated (The official IRNA news agency, July 7, 2020).

In another incident, Asoo Javaheri, an experienced women’s football referee, was suspended. The jury ordered Javaheri to choose between refereeing matches and her scientific work, or else face suspension. Finally, Ms. Javaheri was barred from refereeing until March 2021. Javaheri holds a Ph.D. in Sociology of Economics and has also studied gender, sports, discrimination, and inequality (The state-run ISNA news agency –January 23, 2021).

On the eve of the Asian Cup, the Coronavirus was used an excuse to exacerbate a turbulent situation for the Iranian women’s national futsal team. The team had won the Asian Cup two times in a row. In the Persian New Year, the team was supposed to go to the tournament; however, Football Federation officials repeatedly canceled the national team camp, citing the Coronavirus as the reason. Despite the Coronavirus, however, the men’s team camp was held several times.

It should be noted that the national women’s futsal team was entitled to a 22-million Toman reward for winning the Asia championship. Nearly 3 years have elapsed, and the payment has yet to be made.

Samira Zargari, the head coach of the Iranian women’s national alpine skiing team, was banned from leaving the country due to her husband’s opposition. This ban went into effect in accordance with regime laws. Thus, Samira Zargari could not accompany the Iranian national team to the World Cup in Italy. Previously, Niloufar Ardalan and Zahra Nemati were banned from leaving the country. These women were neither the first nor the last to be deprived of their rights in this manner.

There is no law against women cycling in Iran, yet women are banned from cycling because of opposition by marjas and their misogynistic views.

According to approvals from the Amr-e Mar’ouf, women’s cycling was banned in Torqabeh and Shandiz. Seyed Hadi Sobhani, the Torqabeh and Shandiz prosecutor, called cycling a “continuation of anomaly.” He added, “It should be noted that cycling is forbidden in public!” (The state-run ILNA news agency –June 10, 2020).

In July 2020, a group of men and mullahs opposed to women in the Zurkhaneh “house of strength” (where men practice this traditional bodybuilding sport in Iran) issued a statement indicating that this field was considered “disgusting” for women. As part of their misogynistic culture, the men were considering awarding a medal of honor to women as a mockery of Zurkhaneh customs!

In the southern province of Sistan and Baluchestan, many girls are interested in surfing. However, it is impossible for them to develop their talent because they are forced to stop surfing when they reach puberty.

Under the mullahs’ regime, some laws are invisible to Iranian women’s sports, including the ban on cycling, attending events at stadiums, and surfing.

Ramin is a region in Chabahar of Sistan and Baluchestan province that has a beach dedicated to surfing. This region attracts male and female surfers from all over the world. However, females from this area are prohibited from surfing here because they are women.

“We have to have a female coach to be able to train,” said Parvaneh Bahar, a 16-year-old surfer. We want to practice, but we do not have a coach. Girls should be able to practice on the beach for an hour, but this is not possible now,” she added.

“Just send us a coach,” the surfer girl told the Minister of Sports and Youth. “Baloch girls could be among the best surfers if they just had a coach.”

The regime’s chess federation is in a state of disarray. It cannot act independently, as it is heavily influenced by the Ministry of Sports and Youth, an institution that is one of the 27 that enforce the compulsory veil on women.

Shohreh Bayat was a senior member of the FIDE Referees Committee and the referee of the World Championships. She was the secretary of the Iranian Chess Federation for a long time.

“The punishment for not wearing a hijab in Iran is imprisonment and 75 lashes, and maybe a passport revocation, which was even harsher for me because I represented Iran,” said Shohreh Bayat in an interview with Arab News, after she refused to return to Iran because of the compulsory hijab in chess competitions.

Shohreh Bayat also stressed that the human rights situation in Iran is catastrophic.

Ghazal Hakimifard, the national chess champion and among the world’s grandmasters in women’s chess, decided to compete under the Swiss flag.