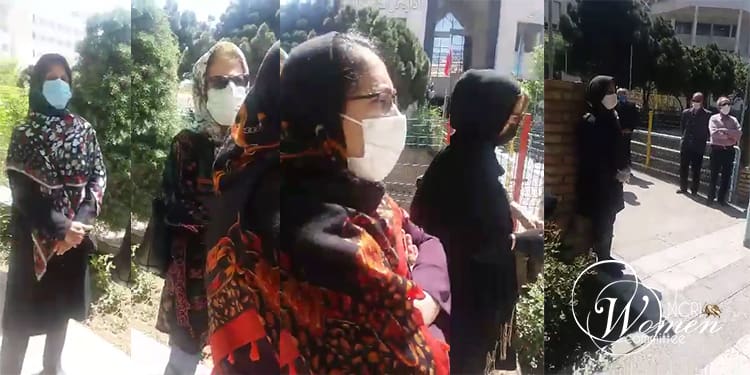 Women participate in the protest in Mashhad

The fifth nationwide protest by Iranian pensioners and retirees was held in 17 cities including the capital Tehran on Sunday, April 18, 2021.

Woman largely participated in these protests, and had a remarkable presence in the protests in Tehran and Mashhad.

Iranian retirees and pensioners are holding protests in demand of a solution to their dire living conditions, low salaries, and skyrocketing prices. They are also calling for the boycott of the regime’s sham presidential elections.

The fifth nationwide protests by Iranian pensioners was successfully held despite intimidation by the State Security Forces and other repressive forces of the regime. Many retirees received intimidating texts and ordered not to participate.

Iranian retirees and pensioners held their protest gatherings outside the General Department to Social Security in their cities. Protesters in Tehran also marched in the downtown and spread an empty table cloth to protest their empty baskets and difficult living conditions.

The repressive State Security forces and plainclothes agents prevented people from taking films and pictures from the protest gatherings.