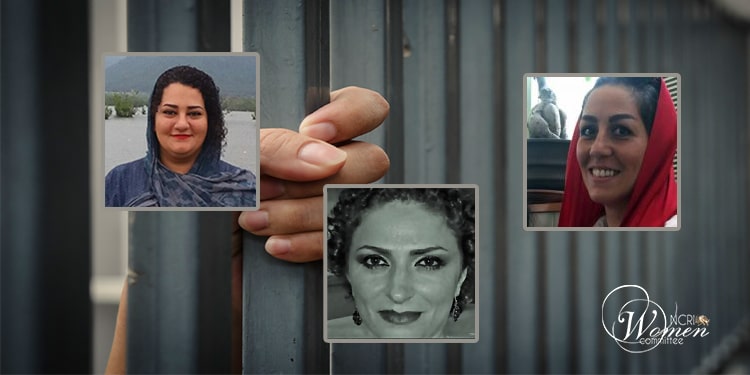 An update on conditions of female political prisoners in Iran

Following is an update on the conditions of female political prisoners, Maryam Akbari Monfared, Atena Daemi, and Somayyeh Kargar.

Two months after the violent transfer of Maryam Akbari Monfared to the Prison of Semnan, she is still experiencing severe restrictions.

Mrs. Akbari Monfared is the only political prisoner in the women’s ward of Semnan Prison. Her detention in this prison violates the principle of separation of crimes.

Semnan Prison authorities do not allow her to contact her family on her own. A correctional officer must accompany her during her call, which she must make from the security officer’s office in this prison. She does not have access to newspapers and any reading material, either.

The mother of three daughters has been in jail for 11 years without a single day of leave.

The clerical regime executed Maryam Akbari’s sister and brother during the 1988 massacre of political prisoners. They executed two of her brothers during mass executions in the early 1980s.

In the meantime, Atena Daemi remains in the women’s ward of Lakan Prison of Rasht, with horrible sanitary conditions during the pandemic. Her parents, who recently visited her in this prison, expressed concern about her health.

Atena Daemi already suffers from various illnesses, including numbness of her limbs, kidney infection, hormonal imbalance, and she is suspected of having multiple sclerosis and cancer.

Judiciary officials have set a bail bond of 500 million Tomans for the temporary release of Sommayeh Kargar, detained in Qarchak Prison. Her family, however, does not afford to pay this bail, and she continues to remain in Qarchak Prison.

Somayyeh Kargar, a graduate student of philosophy from the University of Tabriz, was detained in Ward 209 of Evin Prison for more than two months. The Kurdish detainee suffers from a rare eye disease, and her eyesight has seriously weakened. Prison authorities have deprived her of access to her medication and medical treatment.