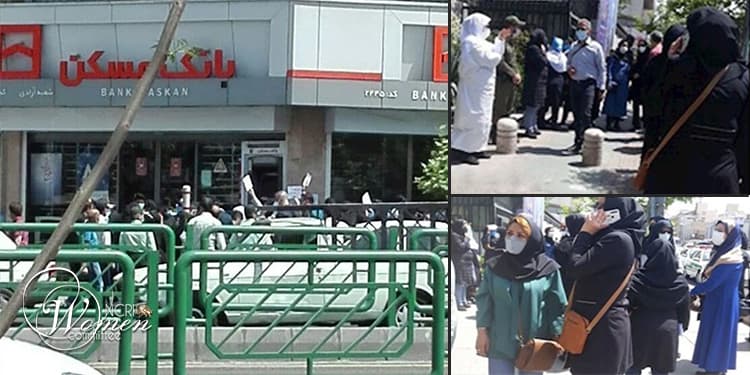 Protest in Tehran outside the Housing Bank

Deprived Iranian retirees and pensioners, many of them women, held their nationwide protests for the 14th week on Sunday, April 25, 2021.

The deprived Iranian retirees and pensioners held protests in Tehran and 13 other cities to demand their basic rights.

High prices and salaries under the poverty line have made life very difficult for retirees and pensioners.

The participants in these protests chanted, “Our enemy is right here; they lie when they say the enemy is the U.S.”

They also chanted: “We won’t vote, so much that we have heard lies,” thereby boycotting the regime’s sham presidential elections.

The State Security Force tried to prevent the pensioners’ and retirees’ gatherings.

In Tehran, participants gathered in front of the Housing bank since the SSF did not allow them to pick outside the Social Security Organization. The SSF arrested several retirees.