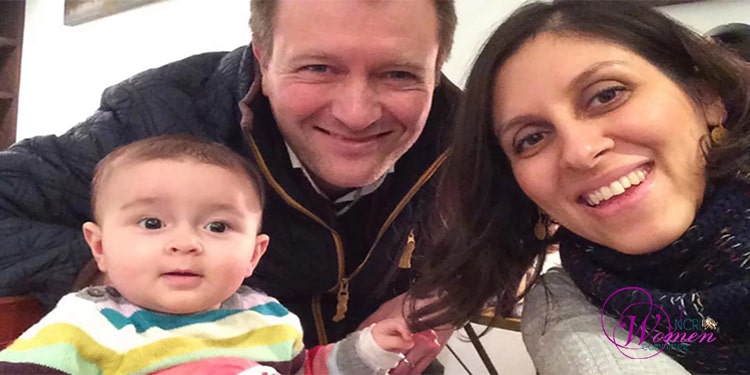 Zaghari sentenced for participating in a 2009 protest in London

Branch 15 of Tehran’s Revolutionary Court issued another year of prison time for British-Iranian dual-national Nazanin Zaghari. She was also banned from leaving Iran for one year.

After serving her five years in prison, Ms. Zaghari had been released from Evin Prison in early March but was still banned from leaving the country.

On April 26, 2021, her lawyer reported Ms. Zaghari’s latest sentence. She is charged with “propaganda against the state” through taking part in a protest gathering in London outside the Iranian regime’s embassy in 2009 where she spoke to the BBC’s Farsi service!

Nazanin Zaghari was a project manager with the Thompson Reuters Foundation, when she traveled to Iran along with her two-year-old daughter Gabriella in March 2016 to pay a visit to her parents. She was detained at the airport on April 3, 2016, as she and her daughter were about to board a flight back to the UK. After months of imprisonment without trial, she was sentenced to five years in prison.

Hostage-taking and kidnapping have been a systematic tool for the Iranian regime’s diplomacy. The outlaw Iranian regime does not abide by any norms or the international law.