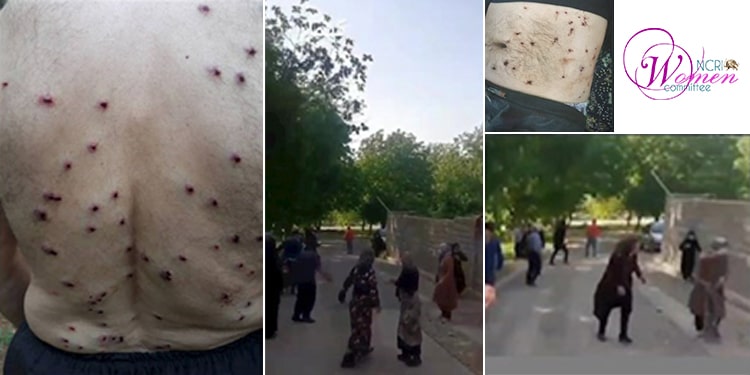 Scenes from women’s presence in the resistance of the people of Sarab-e Kahman village; bodies of people wounded by pellet guns

The crackdown by the State Security Force on the people of Sarab-e Kahman village, in western Lorestan Province, left 30 women wounded.

The SSF troops attempted to cut down the walnut trees in this village on Wednesday, April 28, 2021. ‌But they met staunch resistance of the residents of the village because the trees are their source of income and they have spent years to grow them.

The SSF special unit fired tear gas on the residents and shot them with pellet guns, wounding a large number of them.

Women were on the frontline of the protest and the crackdown left 30 women wounded. Some of those wounded are in dire health and a few of them have been transferred to Khorramabad, capital of Lorestan Province.

Mrs. Maryam Rajavi, the President-elect of the National Council of Resistance of Iran, condemned the atrocious crime of the clerical regime’s State Security Force. She urged the people and youths of Aleshtar, which is the closest city to Sarab-e Kahman village, to rush to the aid of those wounded, particularly the deprived women in that village.